The Reds find themselves 22 points clear at the top of the table after an impeccable season thus far, with just six more wins standing between Jurgen Klopp's men and their long awaited inaugural Premier League title.

Yet nobody is without their flaws, and Liverpool as a club have a big old gaping flaw languishing near the foot of the Women's Super League. 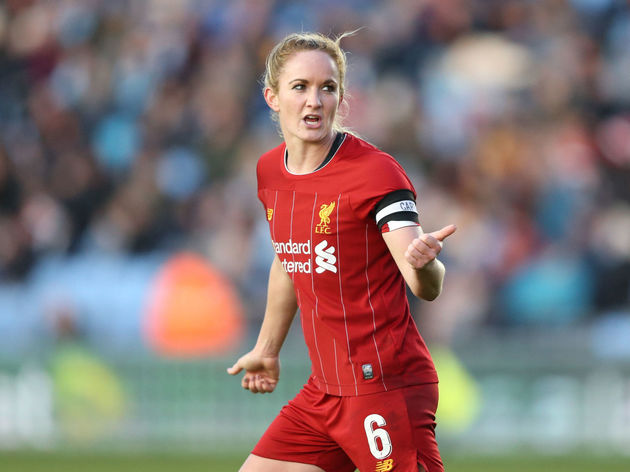 While Liverpool's record this season reads like a school report of an Oxbridge-bound child genius - played 25, won 24, goals for 60, goals against 15, points 73 out of a possible 75 - the women's side are quite the opposite.

Vicky Jepson's team have played 12, won once, lost eight and scored just four goals in the league this campaign. They have also suffered Continental Cup defeats to Sheffield United and Aston Villa of the division below.

Liverpool sit second bottom of the WSL, level on points with bottom side Bristol City, who they recorded their first and only league victory over on 19 January. 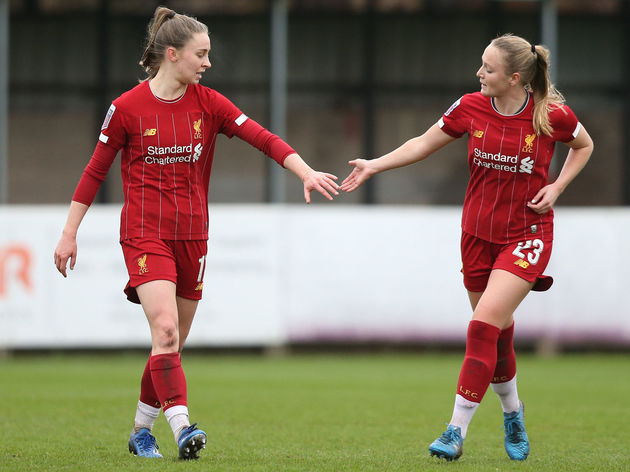 Despite what their league position would suggest, ​Liverpool are not actually a terrible side. It does not take a thorough tactical analysis to figure out why they are treading water in the lower echelons of the WSL.

Against Everton and Manchester City, Liverpool were excellent. However, the Reds left both games with no points and no goals, having slumped to two 1-0 defeats. In Niamh Charles and Mel Lawley, Liverpool have two terrific, exciting, creative wingers. But they have no one up front to take advantage.

Having scored just four league goals all season, the team are so obviously crying out for a striker. But there is no sign of investment from the Liverpool owners.

What is most frustrating is that for a brief period, the club were professionalism pioneers in the women's game. They won back to back league titles in 2013 and 2014 and became the first WSL club to train full time.

But then it all stopped, and their star players - the likes of Lucy Bronze, Fara Williams and Shanice van de Sanden - all left for clubs with more ambition.

For ​Liverpool, women's football was like a phase; a fidget spinner they'd got bored with and tossed away, a Rubik's Cube they'd completed and were no longer interested in.

Their lack of investment and ambition is highlighted by the state of their pitch. Two of Liverpool's games have already been called off this season.

Chelsea manager Emma Hayes described it as a ​"stain on their football club". Some have argued that this is no fault of Liverpool, as the Reds play at Prenton Park; a League One standard pitch which is the responsibility of Tranmere Rovers.

However, speaking on Guardian podcast ​Football Weekly, broadcast journalist Flo Lloyd-Hughes pointed out that Chelsea Women play at AFC Wimbledon's Kingsmeadow, but the Chelsea groundsmen look after the pitch. Liverpool meanwhile, just pay Tranmere a rental fee and leave them to it.

Lloyd-Hughes said: "Chelsea have a relationship with AFC Wimbledon, but Chelsea predominantly run that ground, so it's the Stamford Bridge groundsmen that look after the pitch and it's a fantastic pitch.

"There is no groundsman support from Liverpool. They pay a rental fee but they don't give support. "They're expecting a League One club - who haven't got a lot of money and are probably using that rental fee to plug other financial gaps - to try and maintain the upkeep of a pitch that they're using for their first team in addition to Liverpool's women's team."

If Liverpool are unable to beat the drop this season, they will fall into the semi-professional Women's Championship, and most likely lose their professional status.

The three most recent teams to be relegated from the WSL are Yeovil, Doncaster Rovers Belles and Bristol Academy (now Bristol City).

The fact that a club of Liverpool's stature, with the resources and finances they have at their disposal, could be mentioned as relegation contenders and follow clubs the size of Yeovil, Doncaster and Bristol is quite frankly embarrassing.