It is thought that Olimpia’s intention is to use Adebayor to strengthen a squad they hope will challenge for the 2020 Copa Libertadores.

Big  in Paraguay: former Arsenal, Man City, Real Madrid & Spurs FW Emmanuel Adebayor will head off to Paraguay to play for Olimpia as they look to go all out in the Libertadores.

The Togolese will reunite with his former City teammate & captain of Olimpia, Roque Santa Cruz. pic.twitter.com/Z5OLThb2MR

In making the move to Paraguay, Adebayor will reunite with former Manchester City teammate and national football icon Roque Santa Cruz, who captains the club and has been back home with his boyhood team since 2016 when left Europe for good.

Adebyaor, who turns 36 later this month, will hope for some of the same rejuvenation. The Togolese living legend has been without a club since December when he left Turkish Süper Lig side Kayserispor after only a few months. Previously, he had enjoyed a respectable goal return for nouveau riche side Istanbul Basaksehir for a couple of years.

Adebayor’s last spell in the Premier League saw him spend half a season with Crystal Palace in 2016, which included a place on the bench in that year’s FA Cup final. After leaving Selhurst Park, he spent several months without a club before accepting the offer to head to Turkey.

Olimpia are Paraguay’s most successful club and have won 44 Primera Division titles, including both the Apertura and Clausura in each of the last two years. They are also the only Paraguayan club to date to win the Copa Libertadores, doing so most recently in 2002. 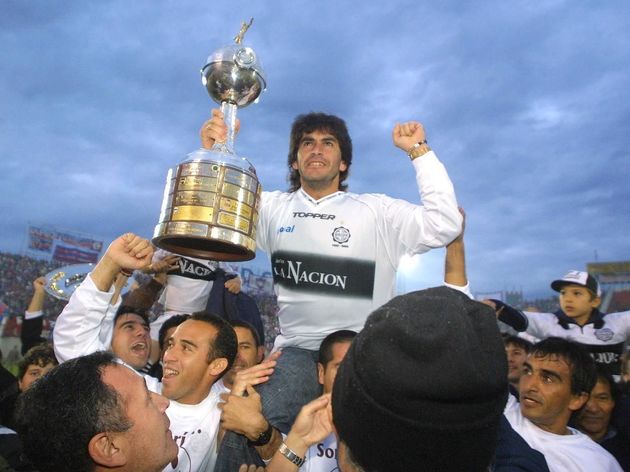 Olimpia have lifted the trophy on two other occasions in 1979 and 1990, as well finishing as runners-up four times over the years. The last of those came in 2013 when they were beaten by an Atletico Mineiro side spearheaded by a veteran Ronaldinho.