The 2020 Olympics are creeping ever closer, and Team GB coach Phil Neville has some big decisions to make ahead of his squad selection.

Neville will have to cut at least five players from the squad of 23 he took to the 2019 World Cup, as Olympic squads only consist of 18 members.

With youngsters Chloe Kelly, Lauren Hemp and Lauren James - who were not in the 23 for France - consistently turning in match-winning performances for their club sides, Neville already has a selection headache on his hands.

But throw a cluster of talented Welsh and Scottish players into the mix, and the Team GB coach really does have some cutthroat choices to make ahead of the Games.

With the Olympics five months away, which Scottish and Welsh players could force their way onto the plane for Tokyo? It would be a major shock if Neville did not ​name ​Arsenal captain Kim Little in his Olympic squad. The Scotland attacking midfielder is one of the most exciting and creative players in world football, and was one of two Scottish players who went to the London 2012 Olympics with Team GB.

With Fran Kirby hardly featuring for Chelsea this season due to injury, and Georgia Stanway not regularly playing in her normal midfield role for Manchester City, the number 10 position is up for grabs.

Little already has a great understanding with fellow Arsenal midfielder and England regular Jordan Nobbs, having played together for the past three and a half seasons, which could be crucial when integrating new players into an established squad. ​The Wales holding midfielder has been a figure of consistency for ​Chelsea, and after she scored a stunning volley against Arsenal in the WSL, Ingle's ​build their team around her

Ingle can operate in midfield and defence, and Neville has stressed the importance of versatility due to his limited squad numbers. 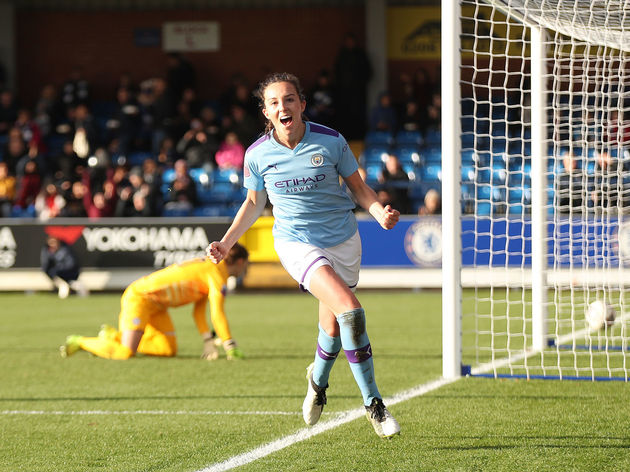 Caroline Weir has enjoyed a terrific season for ​Manchester City this season, scoring a selection of goal of the season contenders. With a wicked set-piece delivery to boot, the Scotland midfielder is a real asset going forward.

Like Ingle, Weir's versatility could work in her favour, as she can operate anywhere across the midfield. The 24-year-old also plays week in, week out in the middle of the park with England duo Jill Scott and Keira Walsh for City. Erin Cuthbert has really established herself in the Chelsea side over the last two years, with her performances last season earning her a nomination for PFA Player of the Year.

Energetic and exciting, the Scottish international is another with versatility on her side. Cuthbert has played up front and out wide​ this season, and to still be getting regular football in spite of the wealth of attacking options at Emma Hayes' disposal speaks volumes of Cuthbert's ability.

Neville does tend to play striker-come-wingers out wide during his tenure, with the likes of Beth Mead, Nikita Parris and Toni Duggan all operating down England's flanks. 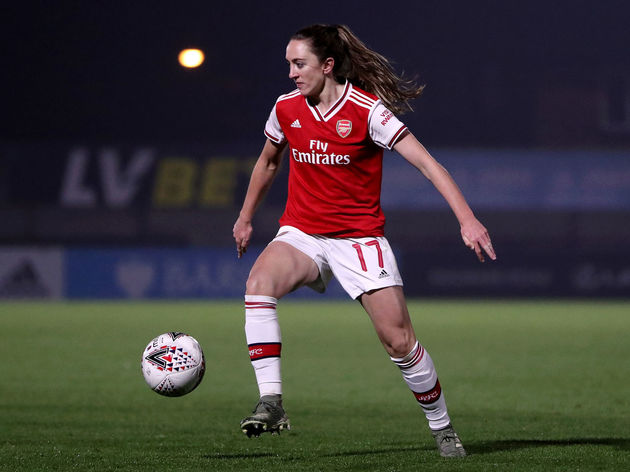 If it's versatility that Neville is after, 18 clones of Lisa Evans would be the dream. The Scotland international has played all over for Arsenal; right-back, left-back, wing-back, winger, and she can even do a job up front​.

Evans has been outstanding for Arsenal this season, and her importance was highlighted when she was left out of the Gunners' starting XI for their crucial game against Chelsea. Arsenal found themselves 3-0 down after 20 minutes. ​More of a dark horse for a place in the squad, winger Kirsty Hanson has been in fine form for ​Manchester United the season. Lightening quick, tricky and with a fantastic delivery, the Scotland winger is a real threat going forward.

Hanson scooped the WSL Player of the Month for October, but will face stiff competition for a place in the squad with the amount of wide options Neville has at his disposal. The Welsh talisman was bitterly unlucky to not have been included in Hope Powell's 2012 Olympic squad, and would have been a shoo-in to go to Tokyo. However, Fishlock suffered an ACL injury in July and is predicted to make a comeback in February.

If the midfielder can fully recover and return to fitness and form, then Neville will have a big decision on his hands.​