​Manchester City boss Pep Guardiola has lauded Eden Hazard ahead of the heavyweight Champions League clash with Real Madrid later this month, suggesting the Belgian is a cut above the rest.

Hazard finally joined Real from ​Chelsea in the summer for

During his time in west London, the 28-year-old was often a thorn in the side of City manager Guardiola. Hazard scored three times in two games against the Manchester club during Guardiola's first season in English football, as well as registering both assists in a 2-0 home win over the Citizens last season. 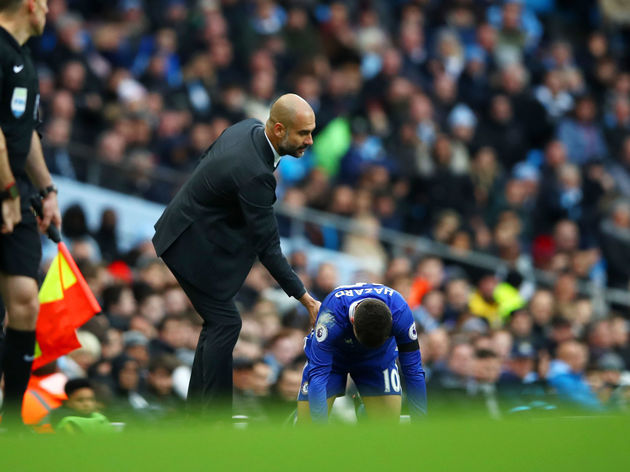 However, the Belgium captain has struggled with a fractured foot since making his protracted switch to the Bernabéu, making just 13 appearances. When he has played, ​Hazard has flattered to deceive,

Running through a host of topics with YouTuber DjMaRiio, as quoted by ​AS, Guardiola said of Hazard: " The first leg of the mammoth ​Champions League last 16 tie takes place on 26 February at the Bernabéu, before City play hosts to the 13-time European champions on 17 March.

Hazard is nearing a return from injury and should be fit for both legs, barring any other fitness issues​Los Blancos