Are Manchester City Really at the 'Front of the Queue' for Lionel Messi?

​Things are a bit of a mess at Barcelona at the moment.

Patience with Ernesto Valverde's style came to an end after he left them (checks notes) two La Liga titles up and top of the table, with the club overly reliant on the chasm-covering brilliance of Lionel Messi.

Long-term injuries to Luis Suarez and Ousmane Dembélé have heaped even more responsibility on the Ballon d'Or holder to do everything but sell hot dogs and do museum tours at Camp Nou. Meanwhile, new manager Quique Setién is struggling to right the ship, just as Real Madrid hit form.

After an infuriatingly fruitless January window, sporting director Eric Abidal made the near-fatal error of daring to criticise the players and their performance under the now dismissed Valverde in a posterior-shielding interview with SPORT - comments to which Messi took exception.

The Argentina superstar hit back on Instagram telling Abidal to basically 'come say that to my face, yeah'.

After crisis talks, ​Abidal is keeping his job for now but there's trouble brewing at ​Barcelona. Some have even suggested that a disgruntled Messi might up sticks and leave, pointing to a clause in his contract that allows him to quit the club at the end of any given season as he chooses - the same luxury that was afforded to Andrés Iniesta. It certainly sounds exciting but how plausible is it?

Messi does have a clause in his contract (which expires in 2021) which allows him to leave at the end of each season for nothing.

Commenting on the clause last year, club president Josep Maria Bartomeu said: "Messi signed until 2021. It was agreed that at the end of the penultimate season he is at liberty to leave for free.

"He has earned that freedom to decide his future, but he is very Cule and I am calm. Xavi, Iniesta and Puyol had the same clause.

"We couldn't give Messi a different clause, but I repeat, I am in no doubt he will stay for many years."

​The Standard say that the club have been in talks about extending Messi's deal and remain 'confident' of keeping him at Camp Nou - regardless of contractual fine print. 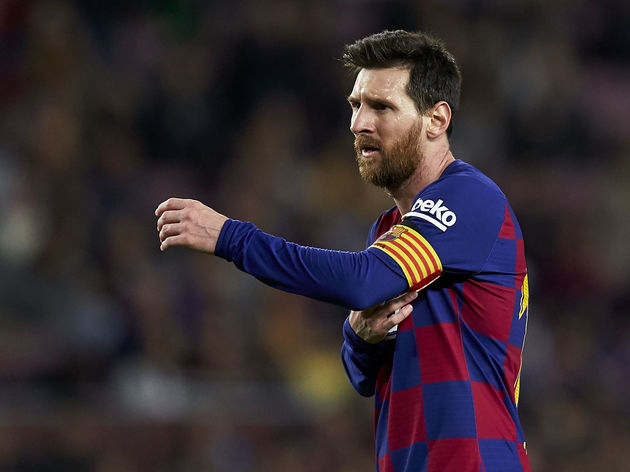 Importantly, previous reports have also suggested that the clause also only applies to ​'non-elite' clubs - although how enforceable that even would be is unknown.

Jumping ship to Man City without a transfer fee, however, would put the Neymar debacle in the shade (and then some), with Barça likely fighting the move every step of the way.

There is also the small matter of costs.

Everyone should know by now that free transfer never actually means free.

Messi may have lost his temper after months (and years) of frustrating decline, powered by poor planning and recruitment at Barça but he has ​ESPN

Expect then a big, era-defining summer (*cough Neymar cough*) to appease Messi - the man they can afford to lose, as much as anyone can afford to take him away.