With the Bundesliga's top two facing one another this weekend, third-placed Borussia Dortmund have the opportunity to steal a march on their title rivals when they face Bayer Leverkusen on Saturday​.

Lucien Favre's side sit three points behind leaders Bayern Munich and two behind RB Leipzig in second ahead of their trip to the BayArena.

Die Schwarzgelben have been in terrific form since returning from the winter break scoring 15 goals in their three Bundesliga matches.

They will have to be at their best though if they want to beat a dangerous Bayer side who have already beaten Bayern this season.

Chile midfielder Charles Aranguiz will be out for Bayer with a muscle tear, while Julian Baumgartlinger is a doubt after injuring his knee.

Youngster Paulinho will also be unavailable, after he was called up to Brazil's youth team for the Under-23 Copa America.

Erling Braut Haaland - who has already scored eight goals in four matches since his January move from RB Salzburg -​ is in line to make just his second Bundesliga start. 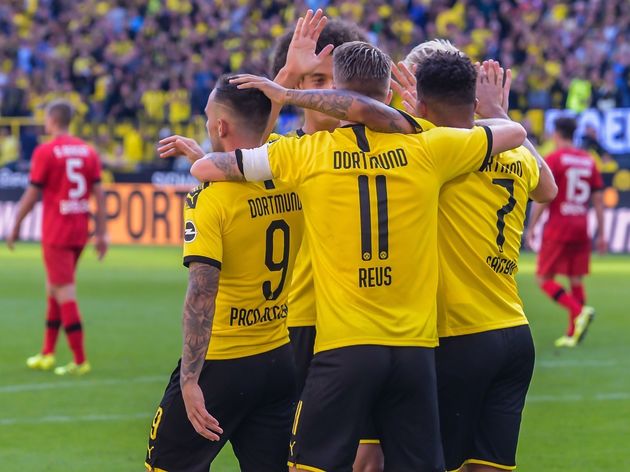 Bayer have beaten Dortmund just once in the ten meetings between the pair - a 2-0 win back in 2016.

Aside from that Lucien Favre's side have been relatively dominant in this fixture, winning 4-0 when the pair met at the Westfalenstadion in September.

Leverkusen coach Peter Bosz - who himself was formerly in charge at BVB - has also never beaten his former club as a manager. 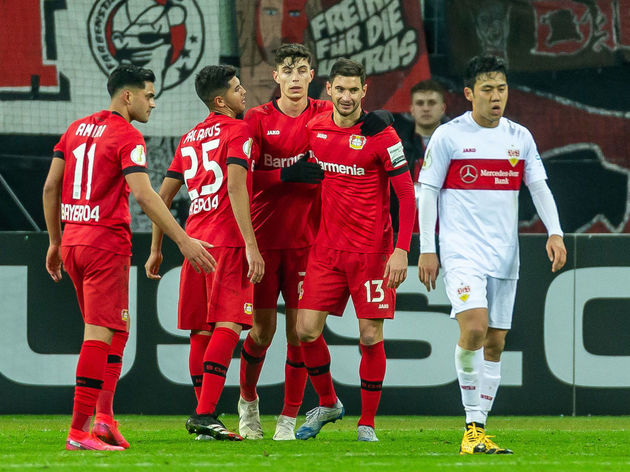 Up until their loss to Hoffenheim last weekend, Bayer had been flying in the Bundesliga with three straight wins.

Their decent form has largely been built on a solid defence, with only ​Bayern Munich and Borussia Monchengladbach having conceded less in the German top flight.

Despite losing to Werder Bremen in the DFB-Pokal on Tuesday, Dortmund have been in fine form since returning from the winter break.

The added goals of Erling Haaland - who is averaging two per game - seem set to give their title hopes a real boost. This game is a must win for Dortmund if they harbour genuine ambitions of winning the Bundesliga this season, and with their dominance in this fixture you would have to make them favourites.

Expect this one to be tight though, as Bayer know how to defend and have caused a few upsets this season.