​Liverpool midfielder Curtis Jones has admitted that captaining the team in the FA Cup victory over Shrewsbury Town felt like a dream come true for him.

With manager Jürgen Klopp choosing to leave the tie in the hands of his academy stars, 19-year-old Jones was handed the armband for Tuesday's 1-0 victory, becoming the youngest captain in the club's history in the process.

Unbelievable feeling and dream come true to make history by being the youngest ever @liverpoolfc captain. What a win and what a performance by the whole team!!! Next round..... pic.twitter.com/TmwtljKZ3P

Speaking after the game (via ​Goal), Jones admitted that he did not believe something like that would happen to him at such a young age.

“I never thought I'd get the opportunity so early to be the captain of the team,” he revealed.

"Any player at the academy and even in the first team now [wants] to captain this great team in front of these unbelievable fans. To do it at such a young age is a huge honour and one which will stick with me the rest of my life regardless.”

Midfielder ​James Milner was spotted in the stands for the game, and Jones revealed that both Milner, first-team captain ​Jordan Henderson and other ​Liverpool stars had all reached out to offer him words of advice before such a momentous occasion.

“Yeah of course [Henderson called],” he added. “The players the whole week have been sending messages, wishing us luck and texting us individually to tell us what we need to do in our game and how to impress and help the team. 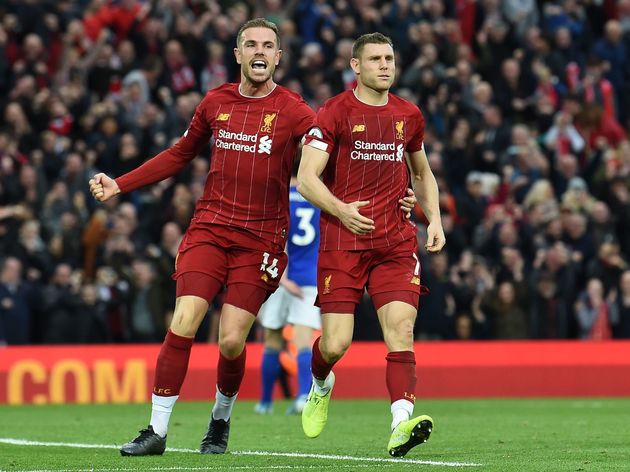 “Regardless of whether I was captain or not I was always going to get around the lads because they look at me and see me with the seniors every day, so it's only right I get around them.

“The rest of the staff were great in the build-up, Milner was in there giving a talk so the boys were confident and they went out there and did exactly what happens when young lads play. There are no words to explain how great the boys did.”