The Premier League's chief executive Richard Masters has accepted that the Video Assistant Referee (VAR) 'needs improvement,' ​but insists that this season and the next will be a "work in progress".

While VAR has had some obvious success since its introduction to English football, there have been plenty of controversial and contentious rulings, leading to an inevitable increase in frustration regarding the system and the use of it. It was ​recently revealed w

"I don't think VAR has been damaging but I accept it needs improvement. ​BBC Sport

"We are going to have a debate about what sort of VAR they would like next season and what improvements can be made to the system. "It's going to be a work in progress this season and next as we try to rebalance it so you get the positives of better decision-making and fewer of the perceived negatives about delay and sometimes confusion."

"In key match incidents we are up to 94% accuracy with officials, 97% with their assistants, so we are seeing an impact on results and a positive impact on the league table.

"But I don't think VAR is harming the product - attendances are up, TV audiences are up, the health of the Premier League is very good." Masters also spoke on racism in the game, revealing how he plans to help the Premier League tackle an issue that has blighted football, particularly of late. He added: "One incident of racism is unacceptable and one too many. It's our responsibility to make sure people who do that know there are consequences and also to put proper systems in place to deal with it when it happens.

"We need to make sure there are proper reporting mechanisms, trained stewards in place, and police if necessary, and that when perpetrators are caught they are banned from football, which we are now seeing more regularly, as well as possible criminal proceedings."

Another issue that has been raised is gambling, with half of all Premier League clubs currently sponsored by bookmakers. As a result, there have been concerns about the potential impact on young fans and vulnerable people, but Masters has claimed that there is no direct correlation between betting sponsors and vulnerable people. 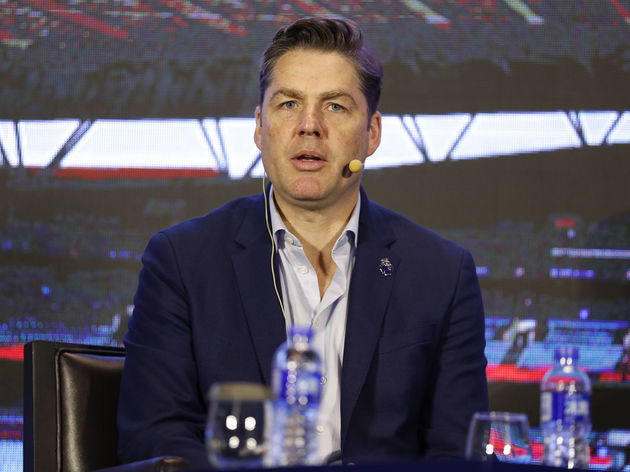 "Betting is a legitimate pastime - sport and betting have a long history.