​Inter Milan's Christian Eriksen has revealed he felt he was 'the black sheep' at his former club Tottenham, after it was made clear the Dane was determined to run down his contract.

In one of the longest running transfer sagas of recent times, the 27-year-old finally got his move away from the north London club, and joined Inter for £16.9m in January.

Eriksen, who had entered the final six months of his contract, made it clear to the club and chairman Daniel Levy that he would not be renewing his deal. 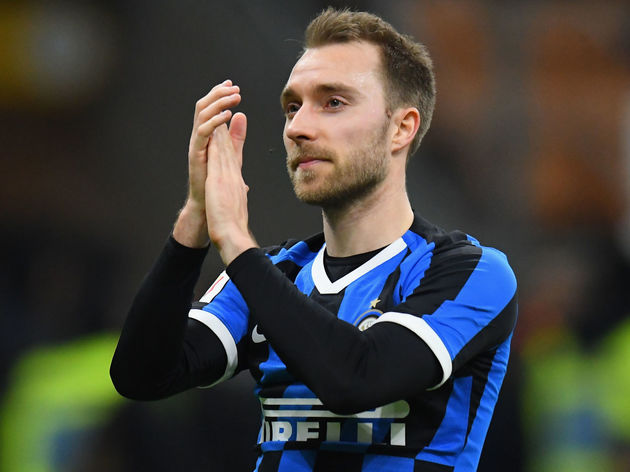 In the wake of Spurs' Champions League final defeat last May, ​Eriksen even confirmed he was ready for a new challenge.

Yet, despite being linked with a summer move to the likes of Real Madrid, Manchester United, and Atlético Madrid, the playmaker stayed put, and instead 'played about 30 games that were like goodbye games'.

In an interview with the BBC, Eriksen opened up on the end of his Spurs career, saying: "England, for the last few years, was very hectic. After what I said in the summer, it was just about, 'when is he going to leave?'"

He explained: "If you have a short contract, you will be the black sheep. I did the blame for a lot of stuff, for being the bad guy. I read I was the bad person in the changing room, that ever since I said I wanted to leave, it was no good me being there."

"I did get the blame for a lot of stuff, for being the bad guy."

Christian Eriksen says he was "the black sheep" at Tottenham.

Eriksen has already made two appearances for Inter, making his debut off the bench in his new side's Coppa Italia victory over Fiorentina. He then made his first start in their ​2-0 victory over Udinese, playing just under an hour.

It looks as if Inter's new midfielder is grateful that he now has the chance to reignite his career. He said: "It was a bit weird. In my head and for my body, it is good I am in a new place and I can start again."

Inter's boss, Antonio Conte, ​praised Eriksen's showing on his full debut, and will be hoping his new signing can help the Nerezzurri push on with their title tilt. They sit in second, just three points off Serie A leaders Juventus.