​Real Madrid president Florentino Pérez is ready to deploy the same tactics which he used to sign Eden Hazard to try and strike a deal for Paris Saint-Germain forward Kylian Mbappé in 2021.

The Frenchman is one of Real's top targets, but concerns over the astronomical price of the deal and PSG's determination not to sell have left Los Blancos unable to simply flash their cash and sign him whenever they want. Instead, ​AS note that Pérez is focused on signing ​Mbappé in 2021, and he is ready to start putting the long-term plan in motion to try and ensure that they can strike a deal for a relatively affordable fee.

The plan focuses on Mbappé's contract. He is currently under contract until 2022, but ​Real know that they will be able to sign him once he enters the final year of his deal as PSG will certainly not allow such a valuable asset to walk away for free.

The belief is that Mbappé would cost between €150m and €200m at that point, compared to the €300m which has been suggested for a transfer at the current moment in time.

However, this all depends on Mbappé refusing to sign a contract extension. Pérez is ready to make indirect contact with the player's representatives to try and encourage him to snub any contract talks.

It is a similar strategy which they used to sign ​Eden Hazard from ​Chelsea last summer, with the Blues ultimately forced to sell after the Belgian entered the final year of his contract.

What works in their favour is that Mbappé is thought to be ​hugely frustrated with life in Paris. He has clashed with manager Thomas Tuchel over substitutions and is thought to be considering his future at the club. 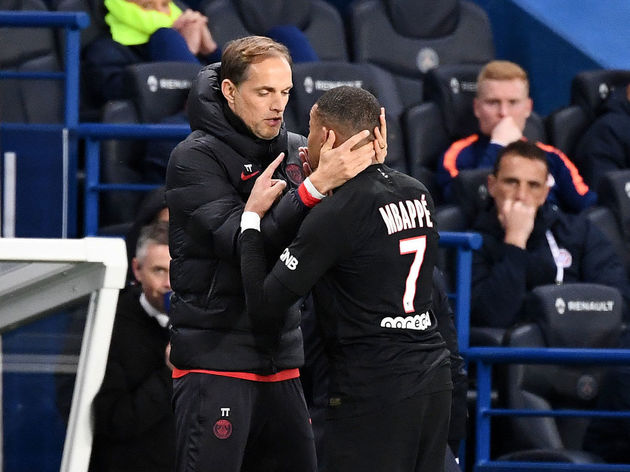 Pérez is taking a back seat and watching all that play out, in the hope that PSG will accept that they can no longer keep Mbappé.

The main concern is that Real have an excellent relationship with PSG, and Pérez does not want to do anything to ruin that. He does not want to be seen as the man who stole Mbappé, but rather someone who offered a huge sum of money to stop the French side from losing him for free.