​Inter Milan manager Antonio Conte has revealed that he is 'very pleased' with Christian Eriksen's Serie A debut for the club, despite the fact that he was taken off just before the hour mark.

Eriksen joined Inter from Tottenham this January for £16.8m after almost a year of speculation about his future, making his full debut against Udinese on Sunday night. The Danish playmaker was taken off with the score at 0-0, but Romelu Lukaku's brace in the final 25 minutes of the game gave the Nerazzuri a 2-0 win.

Despite this, Conte was impressed with Eriksen's performance, and claimed that fans have to be patient with the midfielder. He said to Sky Sports Italia (via ​The Mirror): ​Eriksen

"Obviously, he needs to get settled into our style of football and also find the right fitness levels for ​Serie A, but I am very pleased with his full debut.

"He will get to learn the positioning we ask of our midfielders, but these are early days and I am satisfied." 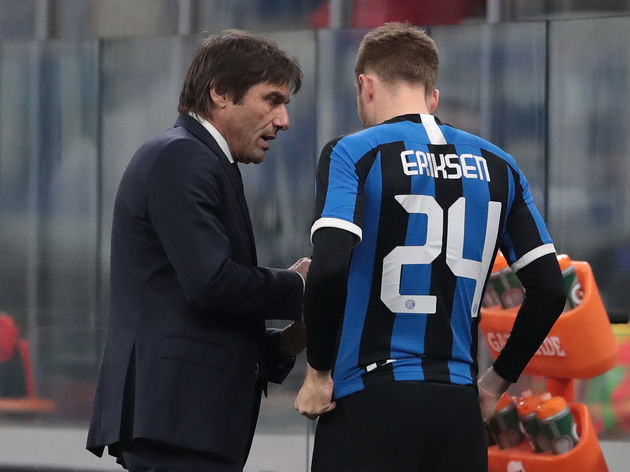 ​Inter will be hoping that Eriksen can find his stride sooner rather than later as they are embroiled in a thrilling title race with Maurizio Sarri's Juventus side.

Both Juve and Inter managed to win at the weekend, with the gap between the teams still just three points. Conte's men will now face fierce rivals Milan on Sunday in what could be a pivotal game for both sides this season.