Pep Guardiola has called for the Premier League to show the same 'concern' towards Liverpool running away with the title as they did towards Manchester City in the 2017/18 season.

The Reds' lead at the top is the biggest in top flight history at the weekend, ​thrashing Southampton 4-0 while City faltered at Tottenham to ​increase the margin to 22 points. Such a gap between the leaders and the champions with just 13 games remaining means it is effectively game over in the title race, as has been the case for a while now.

Parallels have been drawn to City's record-breaking 2017/18 season, in which they finished on 100 points - 19 clear of the nearest challenger - prompting the league's Executive Chairman at the time Richard Scudamore to express a desire for the league to remain competitive until the latter stages. 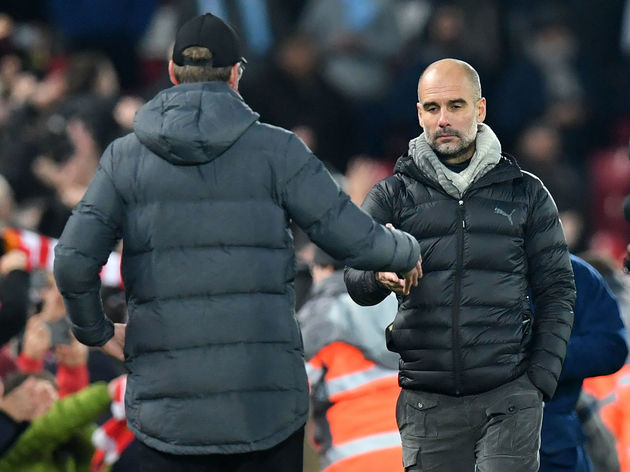 That's perhaps just a common sense view from a business standpoint, but league authorities have remained silent on the issue despite the fact that ​Liverpool