​Paris Saint-Germain forward Kylian Mbappé is said to be nearing a point of no return at the club after his latest clash with manager Thomas Tuchel.

The 21-year-old was substituted midway through the second half of Saturday's 5-0 win over Montpellier and looked visibly frustrated with Tuchel on the sidelines after leaving the pitch, trying to ignore the boss and walk straight past him. 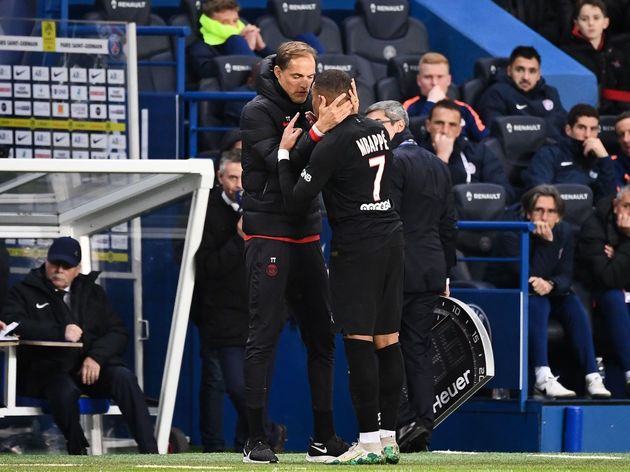 This is not the first time the pair have clashed over substitutions, and ​Le Parisien note that the two parties met with sporting director Leonardo on Sunday to try and clear the air.

​Mbappé's primary concern is that he does not believe Tuchel is showing him the same kind of commitment that club officials have. PSG want to make him their undisputed superstar, but the Frenchman believes that Tuchel does not see things the same way.

He feels as though Tuchel is trying to make life harder for him by making him the first player to be substituted in some games. There is a concern that the boss would not treat ​Neymar or Ángel Di María in the same way.

Le Parisien note that the meeting was incredibly tense. The issue between Mbappé and Tuchel is even said to have got worse, and it is suggested that there could be no way to get things back to normal.

If true, this will be a huge concern to PSG. They have already failed to convince Mbappé to extend his contract at the club, with ​Real Madrid circling in the hope of striking perhaps the biggest transfer of all time.

As noted by ​AS, Real are still monitoring the situation and they will likely be licking their lips at recent developments. They know that PSG will never sell a happy Mbappé, so their only chance at agreeing a deal is if the forward continues to snub contract talks.

His current deal expires in 2022, and it certainly does not seem as though he is in a rush to renew. As a result, Real will be optimistic about their chances of luring him to the Santiago Bernabéu in the near future.