The Blues were on the lookout for a new striker during the recent transfer window, and Cavani emerged as one of their top priorities. However, a deal could not be agreed and Chelsea ended up without a single senior addition. Abraham will remain ​Chelsea's starting striker, but he did confess (via ​Sky Sports News) that he would have loved the opportunity to improve alongside a striker with ​Cavani's reputation and experience.

"The players we were talking about coming like Cavani and other top-class strikers who have been around in the game for many years," he said.

Abraham has fired in 15 goals in all competitions this season, helping Chelsea to fourth place in the ​Premier League. Bringing in a fresh option in attack was seen as a potential way to guarantee a spot in the top four, but Abraham insisted that he will still score enough goals to get the Blues over the line.

"Playing for a club like Chelsea there is always going to be pressure," he said.

"For me I can't complain, it has been a great season so far. I would like to push on. There are still massive games. I just have to be ready for them and take my opportunities." 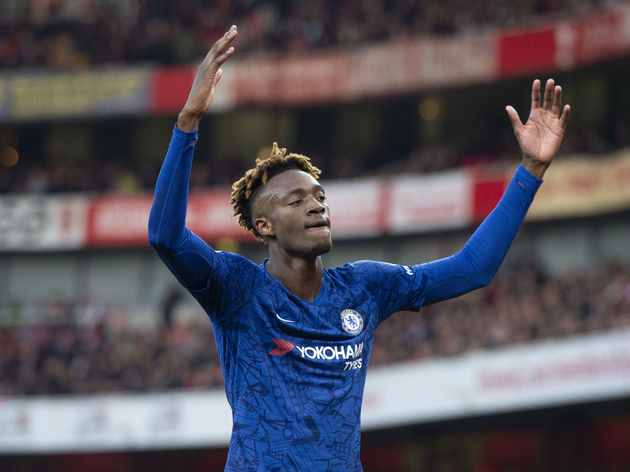 The 22-year-old also discussed his fitness issues after he picked up an ankle injury against ​Arsenal in January, and played through pain in the recent 2-2 draw with ​Leicester City. He admitted he was looking forward to the winter break to recover.

"My ankle is still painful but sometimes as players you have to play through pain. The medicine started to wear off in the second half but I will take this break to recover," Abraham added.