Arsenal were held to a turgid 0-0 draw by Burnley on Sunday afternoon, as the Mikel Arteta era continues to get off to a faltering.

The first half was a tight affair, with the best chance falling to Pierre-Emerick Aubameyang. Latching onto David Luiz's brilliant ball over the top, Aubameyang steadied himself and fired towards goal, but dragged his effort horribly wide. 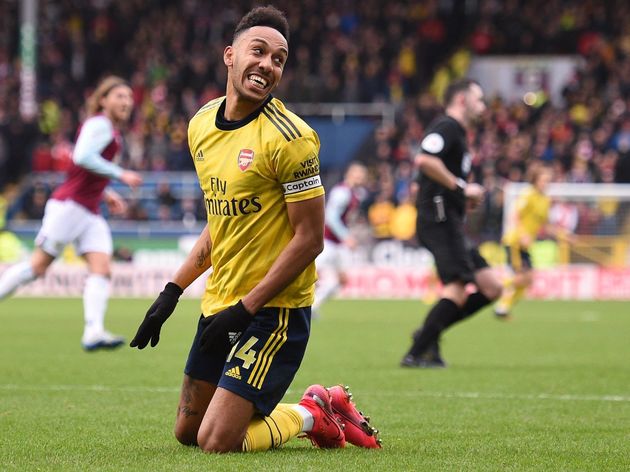 Burnley were by far the better side as the game progressed, penning Arsenal back into their own half for long spells, but both teams continued to cancel each other out. Aubameyang flashed a header wide in the second half, as the Gunners looked to find a way through the stubborn Burnley backline.

But it was Jay Rodriguez who came closest to breaking the deadlock, inexplicably crashing the ball against the crossbar when it seemed easier to score. Rodriguez's miss proved to be the final clear-cut opportunity of the match, and it ended all square at Turf Moor.

Is there a more predictable and unappetising trip in the Premier League than travelling to ​Burnley? The Clarets are awkward, physical, tough and just a general pain in the backside. Sean Dyche has his players battling and scrapping in his image, and they are pretty darn good at it.

Arsenal are full of talent, technique and flair, but if you don't have the stomach or the guts for a fight at Turf Moor, ability counts for very little. Burnley defended for their lives at times, and their 'play for percentages' style of football caused Arsenal all sorts of problems. A month ago, the Clarets were tipped for a slide into the relegation zone, but they end the day level on points with the Gunners.

What a job Sean Dyche continues to perform at Turf Moor.

Man of the Match - Amid a sea of high balls, blood, sweat and opposition tears, you need a sprinkling of stardust. Dwight McNeil is exactly that. Having burst onto the scene as a teenager, the English starlet has cemented his place in Dyche's plans, and he now looks the part in the Clarets' midfield. The left-winger possesses an excellent delivery from wide areas, and he loves drifting inside and linking up with his fellow midfielders. McNeil has added plenty of industry to his game since becoming a Burnley regular, and his willingness to track back and defend from the front demonstrates a maturity and understanding of the game beyond his 20 years.

McNeil's whipped crosses and endless energy were a nightmare for the Arsenal backline, and he was the standout player on the pitch on Sunday afternoon.

How do you solve a problem like ​Arsen​al? The Gunners began the match with Aubameyang, Alexandre Lacazette, Gabriel Martinelli and ​Mesut Ozil all in the starting lineup, but they simply failed to click into gear together.

Arteta's men had the better opportunities of the opening exchanges, but they looked disjointed on the whole, and Burnley dominated proceedings until the half-time whistle sounded. Arsenal were not even able to start record signing Nicolas Pepe, as Arteta continues to juggle his team selections to accommodate his plethora of attacking stars. There is the feeling of 'too many cooks spoil the broth', with star striker ​Aubameyang being forced to occupy a left-wing role, while Lacazette stumbles around down the middle.

Arteta needs to sort this problem out... it ain't pretty.

Man of the Match - Eesh, this is where 90min earns its money. It's safe to say that having to face up to Chris Wood on a Sunday afternoon would be a less than pleasant experience, and any Arsenal fan that saw team sheet

Burnley face a tough trip to St Mary's on Saturday afternoon, where the Clarets will take on a revitalised ​Southampton.