​Emre Can is set to sign for Borussia Dortmund from Juventus in a deal believed to be worth around £22m.

The former Liverpool midfielder has attracted interest from clubs across Europe both during this transfer window and over the summer - but he has seemingly finally found a new home as he prepares for a return to the Bundesliga.

He has only featured eight time for Juve in the Serie A this season and ​Mail Online is now reporting that Can will take a pay cut to join Lucien Favre's side. Initially BVB had a bid rejected for the German international, but the two sides were able to finally reach an agreement, with Can now expected to be announced as a ​Dortmund player at some point this week.

It is being reported that the midfielder will see his wages cut from £260,000-a-week to £160,000-a-week with Dortmund incapable of paying the wages that ​Juve do. His current contract runs until 2022 but his game time has been severely limited, pushing him towards the exit door.

​Can would become Dortmund's second high-profile signing of the January transfer window, after prolific youngster Erling Haaland was brought in from RB Salzburg earlier on in the window.

The 26-year-old midfielder featured heavily in his first season at the Juventus Stadium, playing a total of 37 times in all competitions under Massimiliano Allegri, but has barely featured for the Old Lady since the arrival of Maurizio Sarri. 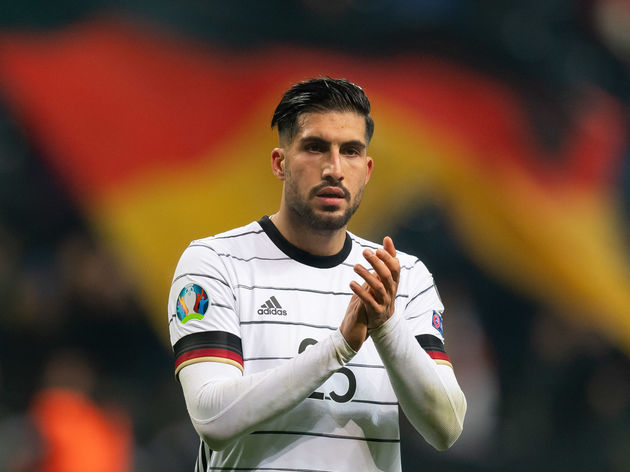 Dortmund needed to replace central midfielder Julian Weigl, who left the Signal Iduna Park for Benfica earlier on in the window. Can would be joining a side who are fourth in the ​Bundesliga and are only four points off the top of the table.

Favre will be hoping the acquisition of such a versatile midfielder will aid his side as they try to chase down Bayern Munich and RB Leipzig in the title race. It is only a matter time before this transfer is confirmed and Can is wearing the famous black and yellow.