Liverpool have once again been name-checked among the clubs supposedly interested in a move for German starlet Kai Havertz, with his club Bayer Leverkusen 'expecting' an approach, according to one journalist. However, there's reason to be sceptical of the latest reports.

Now 20 and most frequently playing in a central attacking midfield role, Havertz shot to stardom last year with an attention-grabbing 20-goal season across all competitions in 2018/19.

Oft touted as Mesut Ozil's natural heir, while also drawing comparisons with the likes of Michael Ballack, Havertz's steep upward trajectory (he was ranked eighth in ​90min's own 50 Best Young Players in World Football) has seen linked to a whole host of top clubs across Europe. 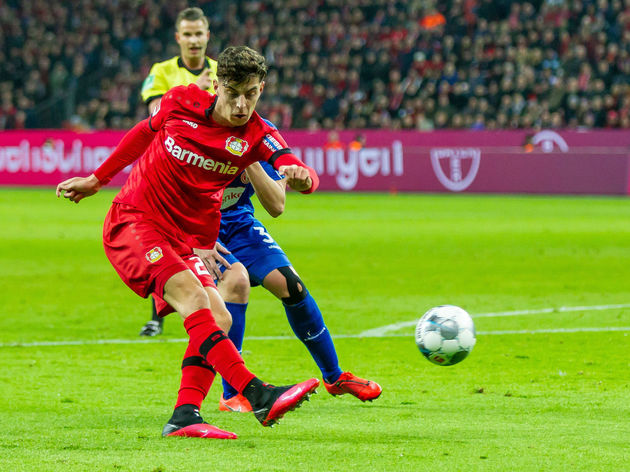 Leverkusen sporting director Rudi Voller has claimed his club are under no 'time pressure' to sell, while various reports have suggested the player - who is under contract until 2022 - will cost any of his suitors north of €100m (£85m).

European and world champions Liverpool have long been touted as one of the clubs taking notes on Havertz's progress, though little has come of their interest thus far.

Germany tabloid SportBild have brought up the Reds in connection with Havertz several times in recent months, claiming that the Premier League leaders had made contact with the player's entourage and that Jurgen Klopp's presence at Anfield gives the English side an advantage over other clubs.

Not true. TRUE: There are still three clubs in the race to buy @kaihavertz29 in Summer. A Spanish, an English and a German. the German is: @FCBayern https://t.co/yy0FDMw4AU

This week the same publication mention ​Liverpool again - along with Manchester United, Real Madrid and Barcelona - while adding that Voller has set a €130m (£110m) price tag for his star asset.

Bild and SportBild journalist Christian Falk added that there are just three teams in the mix for Havertz currently, specifying in a Twitter exchange that Liverpool are one of the trio, while Leverkusen are 'expecting' their offer.

Sounds big, right? Well, there are reasons to curb your enthusiasm.

His Club @bayer04fussball is expecting a offer of @LFC

First of all, and simply put, £100m+ for Havertz does not fit Liverpool's transfer strategy. At all.

While the player may well be of some interest, the Reds - as recently pointed out by David Ornstein of The Athletic - are focussed on fine-tuning their already excellent squad after a couple of years of renovation, and don't want to pay big money for anyone not guaranteed to be a starter.

In his piece, Ornstein uses the examples of Kylian Mbappe and Jadon Sancho as high-profile stars, who - while eye-catching - are not of interest to Liverpool because of their cost.

For £100m (for context that's a full Gini Wijnaldum more than the cost of club-record signing Virgil van Dijk), Havertz would need to come in as a definite starter who would improve a position of weakness for the Reds - something that simply does not appear to be the case. 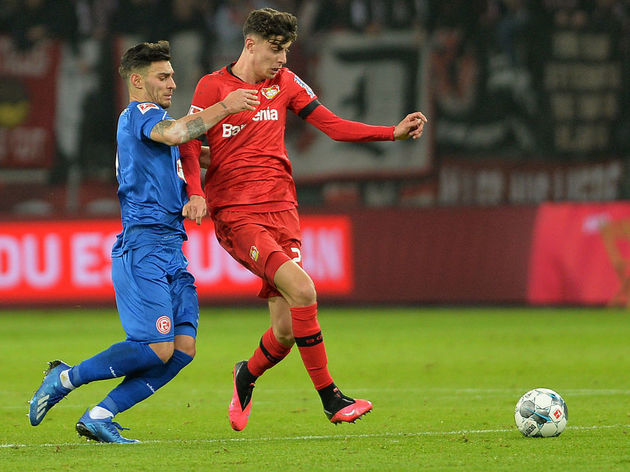 A more likely approach from Liverpool is to wait and continue to monitor the player, who -assuming he doesn't sign a new contract at Leverkusen - may only get more affordable as his deal runs down towards 2022.

It is also worth noting that after making the Bundesliga Team of the Year in 2018/19 with his scintillating displays, Havertz has struggled somewhat in 2019/20 to replicate his form, scoring only four times in the Bundesliga in 16 outings.