Sane has only just returned to full training after nearly six months out with a serious knee injury, suffered just minutes into the Community Shield against Liverpool back in early August. 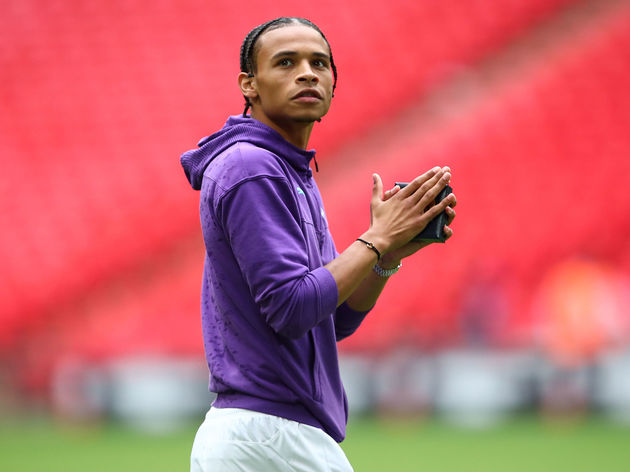 Bayern chief executive Karl-Heinz Rummenigge confirmed interest in Sane in June and 90min revealed soon after that the player was open to the switch. His motivation to leave City stems from a lack of consistent starts last season and the belief he could have a key role in Munich.

Bild reporter Christian Falk has now suggested that while Sane still wants to leave Manchester, his determination to join Bayern has been knocked by concerns that the feeling is not reciprocated - because there has been no approach from him this month when he ‘absolutely’ wanted to move.

But Bayern sporting director Hasan Salihamidzic recently ruled out a winter transfer, with Sane’s ongoing recovery from injury a likely factor in the decision.

90min has been told by a source that Sane, who has only 18 months left on his current contract, is still very keen for Bayern to agree a deal as soon as possible so that he can plan accordingly.

90min has also been informed that Sane’s reasons for wanting to leave City remain the same, with Bernardo Silva and Riyad Mahrez making competition for places even tougher. The 24-year-old is still perfectly happy in England, but he has rebuffed attempts from the club to tie him down to a new contract because he feels he must move on if he is to keep developing.

In that sense, there is an expectation from City that a deal with Bayern will be struck before the summer transfer window kicks off. Those at the Etihad Campus are therefore already planning for life next season without Sane in sky blue.

90min also reported in November that Sane is ‘fixated’ on joining Bayern and that City have eyes on Real Sociedad winger Mikel Oyarzabal as a replacement.

Bayern still see Sane as the ideal player to take the team to the next level as they are still to properly replace Arjen Robben and Franck Ribery, both of whom left the Allianz Arena last year. Yet despite his keenness, Sane will have to be patient as City want a premium fee in excess of £100m (€118m) for the two-time Premier League champion. Bayern are ready to agree a deal to get their man, but are expected to try and negotiate to secure the best one they can.

Just this week, Rummenigge effectively confirmed that Bayern are still interested in Sane, but reiterated that "we will speak to the club first to create a friendly atmosphere" - after previous manager Niko Kovač was forced to apologise for public comments made about Die Roten's pursuit of the former Schalke star.