Way Too Early Candidates for Barcelona's Player of the Season Award

​It's been a strange season for Barcelona. On the face of things, you'd say that they're having a good campaign. Second in La Liga and top of their Champions League group sounds pretty good. But in reality, there have been a lot of problems for the side during the 2019/20 season

Ernesto Valverde was sacked just a few weeks ago, and replaced by

So while we may be just about over halfway through the season, that fact hasn't stopped us from taking a look at which players have stood out the most for Barca under the management of Valverde and the early tenure of ​Ter Stegen has become a truly sensational goalkeeper, and a case can be made for him being the best in the world. He has single-handedly saved ​Barca on a number of occasions this season, including that memorable performance away at Atletico Madrid.

Without him, they'd be lucky to still even be in the ​La Liga title race, and he is undoubtedly worthy of being a candidate for Barcelona's player of the season. Despite Barca fans dishing out some unnecessary criticism of the Uruguayan striker, ​Suarez has continued to have a very good season, scoring 14 goals and grabbing 10 assists in 23 appearances.

Yes, his work rate may have declined this season, but that is no fault of his own. At 33, he is coming to the end of his career in a top European league, yet still continues to produce stunning figures. A definite candidate for their player of the season - despite being ruled out for the rest of it. 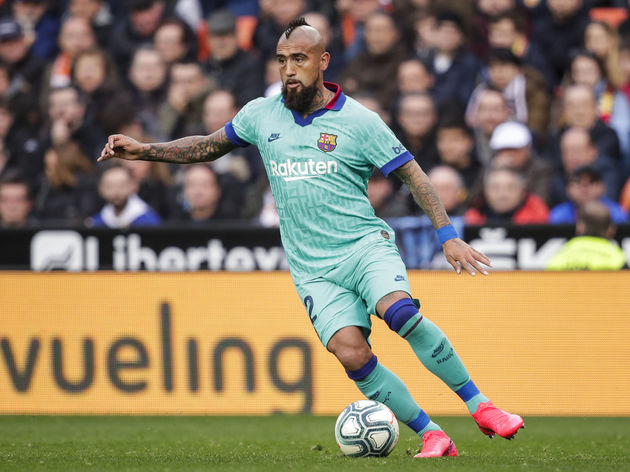 The surprise package of Barcelona's season, ​Arturo Vidal has been exceptional when given the chance to play either from the start, or the bench. His fiery and physical nature has offered a different dimension to Barca's midfield, and he has also managed to get on the scoresheet a number of times too.

Six goals and one assist for the side in 17 La Liga appearances this season is impressive numbers for a midfielder, but baring in mind that he he has started under 25% of his side's games makes it all the more impressive. He has been utterly sensational yet again this season, producing moments of magic to win games for Barca out of nowhere. Is there anything left to say about this man? Bear in mind that he also missed the start of the season with injury. Truly staggering stuff.