Manchester United chief executive Ed Woodward has been targeted by a group of angry supporters infuriated with how the club is being run, with fireworks, flares and smoke bombs hurled at his Cheshire mansion.

The Red Devils supremo has consistently been in the firing line as United continue to struggle, shouldering much of the blame for the club's continued fall from grace.

His decision to appoint Ole Gunnar Solskjaer as manager on a permanent basis has been widely derided, and he's also faced a wave of criticism for how he's conducted the club's transfer dealings over the past few years.

#MUFC executive vice-chairman Ed Woodward’s house was attacked tonight. I get fan anger - I’ve sung plenty of nasty songs / protested about owners at my club - but this is too far pic.twitter.com/tmzTecXCXR

​News of Bruno Fernandes' imminent arrival from Sporting CP should provide some welcome relief for disgruntled supporters, but a shocking video has emerged on social media showing a number of fans - thought to be members of the 'Men in Black' firm - hurling ignited flares and smoke bombs at his £2m mansion.

​The Mirror report that Woodward - thankfully - was not home at the time of the disgraceful attack, adding that graffiti was sprayed on fences surrounding the property.

Around 20 to 30 balaclava-clad 'fans' are thought to have carried out the attack, and the incident follows abhorrent chanting during the FA Cup win over Tranmere at the weekend. Fans were heard chanting about killing Woodward during the game, with the Glazer family - who own United - also subjected to similar treatment.

Manchester United have swiftly released a statement condemning the actions of those involved, and have confirmed that an investigation will be carried out in conjunction with Greater Manchester Police. 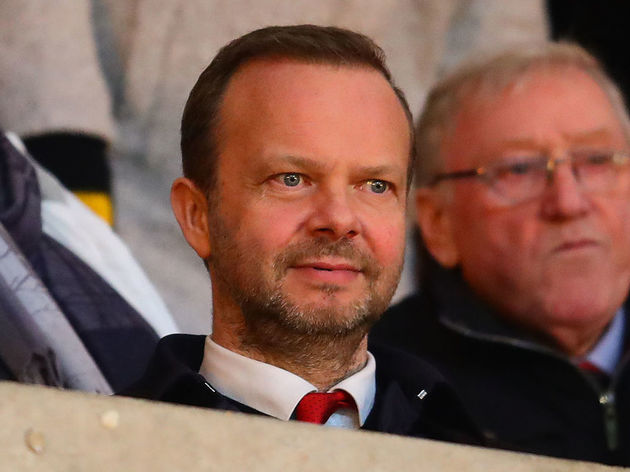 "We know that the football world will unite behind us as we work with Greater Manchester Police to identify the perpetrators of this unwarranted attack.

"Anybody found guilty of a criminal offence, or found to be trespassing on this property, will be banned for life by The Club and may face prosecution. Fans expressing opinion is one thing, criminal damage and intent to endanger life is another.

"There is simply no excuse for this." On the field, United are next in action against neighbourhood rivals City in the second leg of their Carabao Cup semi-final.

Pep Guardiola's Citizens hold a 3-1 lead after the pair's first encounter at Old Trafford and go into the game at the Etihad as strong favourites to advance to the final, where Aston Villa await.