Incredibly just 86 days after the incident at Goodison Park, Everton have confirmed that Gomes returned to take part in bits of Carlo Ancelotti's first-team training session on Tuesday.

Feels good to be back with the team! First training session with the boys.

Getting better everyday to be ready as soon as possible  @Everton pic.twitter.com/ARkRhNRtAF

Fernando Santos' national team ahead of the European championships this summer. 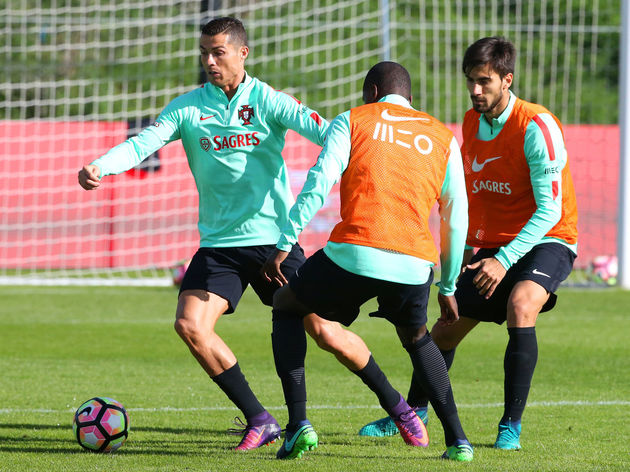 Gomes was an unused substitute for the Cristiano Ronaldo

Gonçalo Paciência was drafted into Portugal's side for matches against Lithuainia and Luxembourg. The 25-year-old, who's been linked with a move to Everton himself in the past, naturally plays as a striker as opposed to in midfield.