4 Reasons Why Liverpool Should Take the FA Cup Seriously

​Last Sunday, League One Shrewsbury Town shocked the footballing world by coming from two goals down to draw with the world and European champions. However following the game, ​Liverpool manager Jurgen Klopp stated that they'll essentially be fielding a protest team for the replay.

Assistant manager Neil Critchley is likely to take charge of what will be an Under-23 team for the game.

This season, the ​Premier League is experimenting with a winter break for the first time. Unlike in Europe, the break is due to happen this February. FA Cup replays will shorten the amount of time those teams will have - in Liverpool's case, 14 days go down to 11.

Gap at the Top Liverpool have been, by quite some distance, the best team in world football these past 12 months. They've won the Champions League and have a 16 point lead with a game in hand in the Premier League.

They are the presumptive Premier League champions.

If it was a close title race between Liverpool and the rest of the league, you could understand why the Reds might want to focus on winning their first title in 30 years. But it's not. ​Chelsea, for example, sit fourth and are closer to finishing bottom than catching Liverpool.

Their dominance is unprecedented. They've amassed the most points in a season up to this point in any of the major leagues.

Due to this, it's perhaps not wholly necessary to rest players for a Premier League that is already won. At this point, it makes more sense to play the full team in the FA Cup. 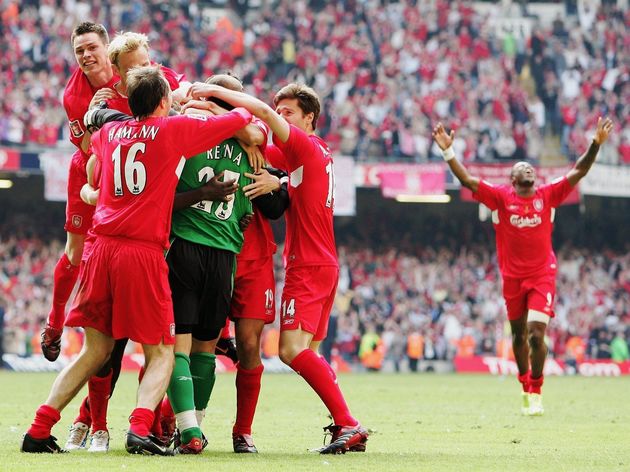 National pride is a tricky conversation in this country. However, football is one that so often brings people together across the country. English football culture brings a lot of pride and the FA Cup is a competition that still means something.

Across Europe, no cup competition touches the social zeitgeist within their respective country as much as the FA Cup. For all the mythologising that occurs with football coverage, there's always nuggets of truth in the hyperbole.

Talk to the Shrewsbury Town fans that were there on Sunday. That could well have been one of their best ever experience in years of pious support. That was down to the FA Cup. Not only does this replay offer financial support, but fans will also get the opportunity to see their team play at Anfield.

It's the stuff that dreams are made of.

A Chance at History This season, Liverpool have an opportunity to win a treble.

The FA Cup is a part of that.

Their reserves might well beat Shrewsbury Town, but it's much more of a 50/50 between these two sides than it would be if the Reds were to play their full team.

By mailing in this replay, Liverpool could be forgoing a chance at the treble. Football is entertainment. It might seem more than that but fundamentally, football is exactly like ballet, film or fireworks.

This debate is reminiscent of one that has been occurring and currently still is happening in the NBA.

'Load management' is a term used to describe a player that misses a game in order to minimise the chance of injury in the short-term while also preserving the long-term ability of that player.

The conversation first arose when the San Antonio Spurs rested three of their best players against the Miami Heat in a marquee game back in 2012. The management of the league saw how it damaged the product of the league and fined the Spurs 250k for 'resting players'.

While they're not the only club, Liverpool are damaging the value of the FA Cup by adopting 'load management', and also doing a disservice to the paying fans at Anfield.