Hegerberg injured the knee during a training session over the weekend and will now soon undergo surgery. Lyon have explained that her absence will be ‘consistent with the known statistics for this type of injury’, putting the time frame anywhere between six and nine months. 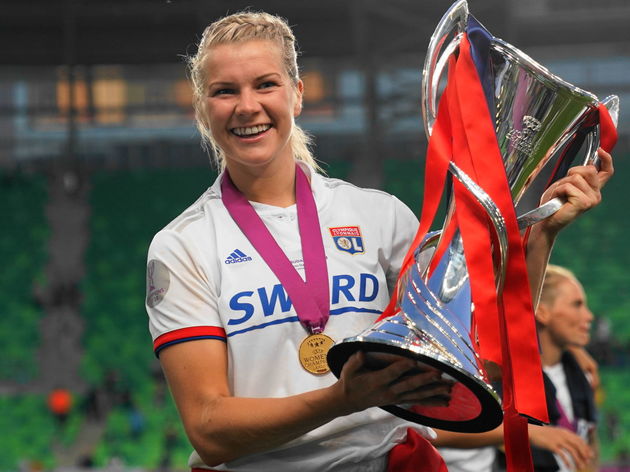 Hegerberg will therefore miss the rest of the 2019/20 season, with Lyon gunning to win a fifth consecutive Women’s Champions League title – and seventh overall. Depending on her recovery, she could also be out of action at the start of the 2020/21 campaign as well.

Lyon are also on course to win a 14th consecutive French league title and currently hold a three-point lead ahead of closest domestic rivals Paris Saint-Germain.

The loss of Hegerberg will come as a significant blow in both competitions.

Hegerberg, who hit headlines last year as a result of her absence from the Women’s World Cup following a 2017 retirement from international football, is still only 24 years of age and has already vowed to come back stronger.

So here it is. I ruptured my ACL this weekend. This is a setback for me, but I’m going to work through this with all my heart and my energy. The best is yet to come. YOU’LL SEE ME SOON! 落 pic.twitter.com/4Mdd005bW2

“This is a setback for me,” she tweeted. “But I’m going to work through this with all my heart and my energy. The best is yet to come. YOU’LL SEE ME SOON!”

In 2018, the Norwegian became the first ever winner of the newly created Women’s Ballon d’Or award. That same year, she also finished third in FIFA’s Best Women’s Player standings.

In both 2017 and 2019, Hegerberg was voted BBC Women’s Footballer of the Year, while she was named fourth in The Guardian’s 2019 list of the top 100 female footballers in the world.