5 of the Best Premier League Players Signed From Belgian Clubs

When the Chinese Super League, Allsvenskan and Ekstraklasa are all available to legally view in the UK, the Belgian league is somewhat conspicuous by its absence from our screens.

Perhaps it's this mystique which has Premier League clubs so transfixed with the division's talent. As ​Kristof Terreur outlines below, England's top tier sides have sunk almost a quarter of a billion pounds into the Premier League's Belgian counterpart in the last five years.

If Sander Berge moves to Sheffield Utd for €25m, English clubs will have pumped more then €260m in the Belgian top flight over 5 seasons. Clubs could get max €8m per year on tv-money.

Aston Villa have contributed to a fair share of that revenue this season, having spent more than £30m on their striker Wesley this summer and his replacement in January, Mbwana Samatta.

But the Villans are not the only ones to have sampled the delicacies Belgium has to offer, so let's take a look at the best Premier League players to have been plucked from Belgian clubs over the years. 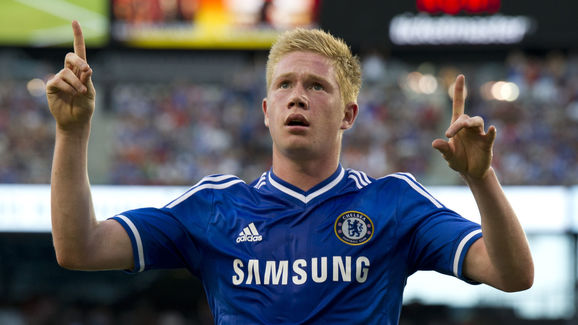 While Kevin de Bruyne may not have made the largest impact with the club that brought him from Belgium to the Premier League (nine appearances for ​Chelsea and as many yellow cards as goals and assists - one) the midfielder has blossomed into one of, if not the best player in the division.

Hindsight is a wonderful, dangerous thing and one can perhaps forgive the Chelsea hierarchy for failing to foresee ​De Bruyne's dramatic rise from a £7m hunch in 2012 to one of the world's most creative forces but it must be a bleak reminder every time he takes the field in a Manchester City shirt.

We're not even in February yet and De Bruyne already has 16 Premier League assists to his name. A tally David Silva, Christian Eriksen, David Beckham or Dennis Bergkamp never bettered over the course of an entire season, let alone six months. David Moyes and ​Everton won the race for Fellaini's signature ahead of the likes of Real Madrid, Tottenham and Bayern Munich in 2008, and the Belgian promptly rewarded their faith with a superb debut season, capped off with the Toffees' Young Player of the Year award.

That campaign may have seen the 6'4 midfielder score nine goals, but he also picked up ten yellow cards in his first 17 league games leading to a personal hearing with England's chief referee, Keith Hackett.

The Belgium international may have been a bit clumsy and he never truly lost those sharpened elbows but, during his time in Merseyside, he caused havoc in the opposition penalty area and perhaps didn't get the credit he deserved for his innate ability to perfectly control the ball with his chest.

⏪ Philippe Albert produced this glorious chip against @ManUtd back in October 1996 as the Magpies ran out 5-0 winners at @StJamesParkNE1.

Relive that - and some other memorable home encounters - here: https://t.co/YGsi9Kvlsj #NUFC pic.twitter.com/lMaJwme3Ud

For this chip alone, Philippe Albert should be considered one of the greatest Premier League imports of all time, not to mention one of the best from a Belgian club.

Albert earned his move from Anderlecht to ​Newcastle for £2.7m after scoring twice at the 1994 World Cup, getting a consolation goal against Germany and the winner in Belgium's victory over the Netherlands as a defender.

The adventurous (to say the least) defender would come to epitomise the swashbuckling style Keegan's entertainers became known for, as the Magpies found themselves 12 points clear of Manchester United in January of Albert's second season.

Newcastle were eventually reeled in but they'd won the hearts and minds of the public, if not the title, in a league they'd topped for more than 200 days.

Newcastle and Albert would have their revenge the following season, as the Belgian capped a remarkable day with a spectacular chip to make it 5-0 against ​Manchester United.

To perfectly sum up the expansive style Albert brought to the role of centre back (centre back, remember that) in a local pub near St James' Park the wall was adorned with signed photographs of every player in that fantastic Newcastle side. Albert's frame depicted the centre back expertly dispatching an overhead kick. What a player. 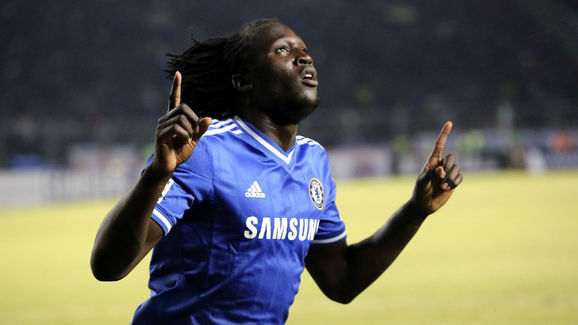 loaned out again and again before another club took it upon themselves to capitalise on the Blues' oversight.

Whether it was steering West Brom to an eighth-placed finish, battling it out for the Europa League with Everton or rallying against undeserved criticism at Manchester United, ​Romelu Lukaku thrived in the Premier League.

As the youngest non-English player to score 100 Premier League goals - and 20th in the all-time charts having left the division when he was 26 - Lukaku has to go down as one of the best imports from a Belgian club. 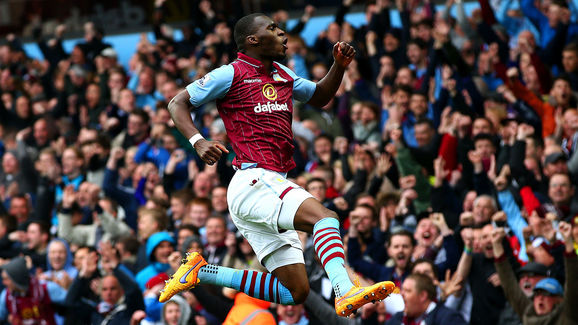 I know what you're thinking and before the word 'Liverpool' is used as a rebuttal, consider Christian Benteke's performances for Aston Villa, the club that love signing a striker from the Belgian top flight.

Over the course of 101 matches for the Villans, Benteke could lay claim to a hugely respectable ratio of (almost) a goal every other game.

Admittedly the four goals in his last three seasons with Crystal Palace have gone some way to tarnishing his time with Villa.

However, it should not be overlooked that Benteke was a formidable and much sought after attacking talent between 2012 and 2015 and the Belgian actually has as many Premier League goals as Eric Cantona (in 60 more games, but who's counting).