​Real Madrid continue their hunt for a 20th Copa del Rey crown as they take on second-tier Real Zaragoza on Wednesday night.

Goals from Gareth Bale and Brahim Diaz along with a Juan Mateo own goal helped Los Blancos past a resolute Unionistas side in the previous round, setting up this last 16 fixture with Victor Fernandez has no fresh injury concerns after his side's slender 1-0 win over Numancia at the weekend. Long-term absentees Alberto Zapater and Raphael Dwamena remain out while former Dortmund star Shinji Kagawa is also a doubt. With the Madrid Derby on the horizon, there's no doubt Zidane will be looking to rotate his side for Wednesday night's clash. Therefore, you can expect the Frenchman to select a similar starting XI to the one that overcame Unionistas in the previous round.

Real, however, will likely be without Bale due to the Welshman picking up an ankle injury in the round of 32 tie.

This will be 39th meeting between these two sides, with Zaragoza searching for just their eighth win over Los Blancos in their history. 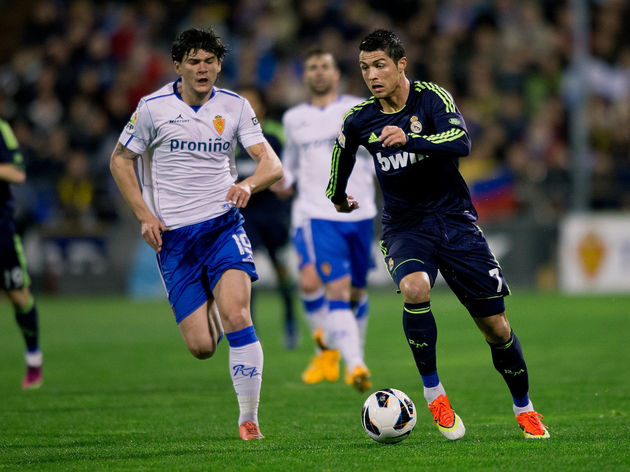 The hosts will be coming into this one full of confidence after enjoying a brilliant start the new year.

Zaragoza have won all five of their games in 2020, including a 3-1 upset of La Liga side Mallorca in the previous round of this competition. Their good run of form has seen them establish themselves as genuine title contenders in the Segunda Division - they're currently just six points off Cadiz at the top despite being fourth in the table. The form of striker Luis Suarez (yeah, they wish), a 22-year-old Colombian on loan from Watford,

Zidane's men haven't tasted defeat since October and look set to regain their La Liga crown come May, potentially adding to their victory in the

Nevertheless, here's how the two sides have fared in their last five outings.

With Zidane taking a rather laid back approach to this competition, Los Blancos should definitely be on upset alert in this one.

Despite being a tier below, Zaragoza are a side in-form and they'll certainly make it tough for the La Liga

But with Real still possessing star quality in what will likely be a heavily rotated side, they should sneak past Zaragoza and advance to the last eight. They just don't lose.