​The 23 remaining teams in the FA Cup learned their fifth round fixtures on Monday night, with the headline tie being Chelsea's home match against either Liverpool or Shrewsbury Town.

Jason Cummings struck twice after the break to secure a replay for the League One club, who are the second-lowest ranked side left in the competition. Only Northampton Town lie below the Shrews in the English footballing pyramid, and the Cobblers will entertain Manchester United at Sixfields if they can overcome Derby County. 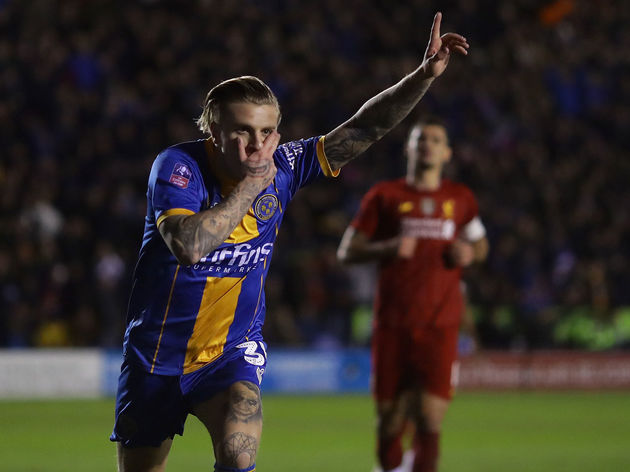 Elsewhere in the draw, Norwich City will once again battle Premier League rivals as they venture to Tottenham Hotspur or Southampton, with the latter pair's replay due to take place on 2 February.

Manchester City's 4-0 defeat of Fulham has been rewarded with a trip to Hillsborough, Pep Guardiola's recruits locking horns with Championship club Sheffield Wednesday. Meanwhile, Portsmouth will entertain either Bournemouth or Arsenal.

The ties will take place in midweek during the week commencing Monday 2 March. There are no replays at this stage, with all games going to extra time and penalties if necessary to determine a winner.

A complete list of the FA Cup fifth round fixtures can be found below: