Another round of the FA Cup, another host of managers speaking out against the competition's current format and its continued insistence on replays.

Pep Guardiola, Karl Robinson and ​most infamously Jurgen Klopp are among those to signal their frustration at the way the competition is currently structured. A contest that prides itself on historic prestige and giant-killing upsets can't seem to land on a set-up that pleases either the biggest clubs in the country or those further down the ladder.

As much as it is fast becoming an inconvenience to the clubs off which it survives, however, let's not lose sight of the fact that the situation is fixable. With just a handful of small changes, the prevalent issues could be remedied, and we could once again have a competition on our hands that everyone takes seriously.

For starters, here are five things we could - and should - look into for next season. 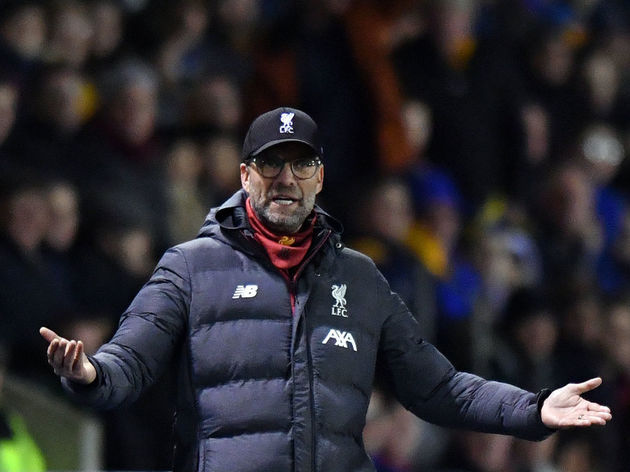 The elephant in the room. Let's face it; replays are simply not workable in the modern football climate.

Part of that is due to timing. The third and fourth rounds both take place just after the festive period, which just so happens to be the period in which clubs are inundated with fixtures. It is simply unfair on the players from a fitness standpoint, as pointed out by Oxford United manager Robinson, who said his players were at 'breaking point' ahead of a replay with Newcastle.

Now, we're looking at a situation where fourth round replays are to be played during the winter break for Premier League clubs. You know, the break designed to give clubs a well-earned rest after the rigours of January; the break during which managers were specifically requested not to schedule friendlies in order to protect the players.

The FA acknowledged the issues caused when they scrapped replays from the fifth round onwards from this year's competition. Now they need to go one step further and bin them altogether. The rest of Europe's big five leagues are ahead of the game on this one - England needs to get on board.

However, if the gimmicky charm and carrot at the end of the stick provided by replays is really too much of a sacrifice, then there may be another solution; simply start the tournament earlier.

If it were down to me: I’d do away with the League Cup. Start the FA Cup earlier, not just after Xmas when everyone is knackered. Qualification can be earlier or be more frequent. Ditch replays (90 mins, pens) but give the lower league side the choice of playing home or away. https://t.co/0Q9IPLoktc

As we all know, Premier League clubs don't come into the competition until December, so as to allow six rounds of qualifying and three rounds proper to play out before the fourth round commences. If it could be brought forward by even a couple of weeks, however, it could have a major butterfly effect, impacting the later stages.

It would allow more time for replays to be scheduled, it would ease the tight turnarounds required, and it might even allow for a free week or two to be set aside solely for replays. Not ideal, but may be the way forward if the current format is here to stay.

Switching gears, outside the lure of the actual trophy itself, there is precious little at stake in the FA Cup. The top four places in the Premier League will get you into the Champions League; winning the FA Cup outright gets you into the Europa League, while the losing finalist gets zilch. What message does that send about the weight and prestige of the trophy?

Why don't the @FA make it so the

This one would perhaps be the most difficult to implement with UEFA maintaining a degree of control over who is admitted entry, but if it were possible, a change to the qualification structure to allow the FA Cup winners into the Champions League at the expense of a league spot would surely help matters.

It would add value to the competition, with teams not necessarily in contention near the top of the Premier League given a final chance at making it to Europe's biggest stage, while it would knock-on effects for the league itself - raising the bar by making it harder than ever to qualify for Europe.

VAR Across the Board...or Not at All

Another bone of contention in this year's competition has been the use of VAR at some grounds and not at others. The imbalance this creates is obvious, with goals standing in some ties that would not have been allowed in others; or even in a subsequent replay in some cases. Spain have the right idea with this one; no VAR at all until the last 16, and uniform VAR from that point on. It levels the playing field completely, while not requiring the FA to install technology in literally every ground; a disarmingly simple solution that would make a big difference.

as per the ​FA's website, you would be set for a massive windfall of...£6.9m in prize money.

Hate the idea that clubs somehow 'devalue' the FA Cup. The FA Cup devalued itself, it is not a 'valuable' competition for big clubs. Low prize money and high risk based on when its scheduled. Change the format/schedule and clubs might value it more #facup #lfc @talkSPORT

£6.9m. That's a season's worth of unprecedented accomplishment extended to a hypothetical extreme paying out roughly what you could expect from making it to the Europa League last-16 and then bowing out.

Like it or not, money talks in football. The FA need to start making it worthwhile in the eyes of the accountants, if they want to stop the apathy and vague disinterest directed towards their crown jewel from growing further.