What Does Nick Cushing's Departure Mean for Manchester City Women?

At the start of January, Manchester City Women's manager Nick Cushing announced he was bringing his six-year tenure at the Academy Stadium to an end to take up the position of assistant manager at New York City FC.

Cushing was handed the reins at City in 2013 ahead of the club's maiden WSL campaign. Within three seasons, he had built a team of title winners. But just how good of a job has the 35-year-old done at City? Will the team be able to cope without him? And what does his departure say about the club's stance on the women's game? 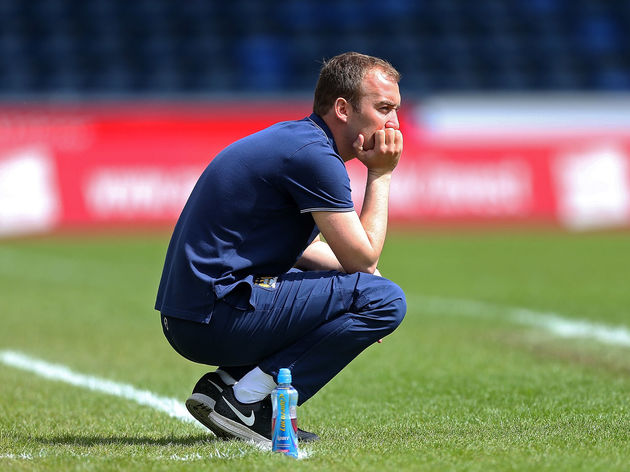 City earned a Super League licence in 2013, with the club aiming to set new standards in terms of investment, ambition and professionalism in the women's game.

In what appeared a bizarre appointment, Nick Cushing was unveiled as the team's brand new manager, the then 29-year-old having only coached junior boys' sides at the ​Man City academy up until that point. However, City had unearthed a gem.

Despite possessing such a mismatched squad, Cushing guided City to silverware in their first season, beating ​Arsenal in the Continental Cup final. Two years later, the club went an entire season unbeaten as they claimed the WSL title. Two more Continental Cup triumphs would follow, as well as a pair of FA Cup final wins at Wembley and a Champions League semi final. What Cushing has achieved is remarkable. The Man City manager deserves a huge amount of credit for not only his trophy haul, but his willingness to simultaneously show faith in youngsters.

Cushing made Keira Walsh a first team regular aged just 17. Similarly, Georgia Stanway was handed her senior debut at 16. The pair have shone for both club and country ever since.

The Man City manager also had no qualms about throwing 18-year-old goalkeeper Ellie Roebuck into the first team after injury to Karen Bardsley. The trust Cushing puts in such young players must work wonders for their confidence.

What is most impressive about Cushing is his ability to make players better. He has inherited some pretty talented individuals during his City tenure, but he has taken their games to the next level.

While playing for Cushing, Izzy Christiansen went from a midfielder not really anywhere near the England fold to a PFA Player of the Year winner, before earning a move to giants of the women's game, Lyon.

Similarly, Nikita Parris was a raw talent from Everton when she joined City in 2015. She left for Lyon in 2019 as a clinical finisher and one of the first names on Phil Neville's England team sheet. This season Lauren Hemp, who joined the club as an exciting young prospect from Bristol City in 2018, has become one of the WSL's most creative and consistent players aged just 19.

Such is the reputation Cushing has forged for himself, it is no wonder he is a man in demand. Few can begrudge him the opportunity to live and work in New York in the men's game.

Yet what should be most concerning for Man City women's fans in that New York City have not pinched Cushing from them. New York are a Manchester City owned franchise. This is an internal appointment.

It is with a heavy heart I depart Manchester and I'd like to thank the entire @ManCity team for the memories & success we've shared - it's been a pleasure being around some amazing staff and players and I wish you all the very best for the future. pic.twitter.com/uowE8zxDPf

City currently sit joint top of the WSL, with just a point separating the top three and a home game against title rivals ​Chelsea still to come after Cushing's departure. The powers that be at City are willing to derail the women's team's title bid so that their MLS franchise can have an assistant manager.

Having lost three players to Lyon and one player to Barcelona in the last two years, and now offering their manager a job elsewhere mid title race, the signs are there to suggest Manchester City are putting their women's team on the backburner.