Sure, by their own mighty standards, they've fallen some way short, and are being left in the dust by a ​Liverpool team who are just being silly. In the context of the ​Premier League and indeed in Europe, however, they are still a very good side and a match for anyone on their day. 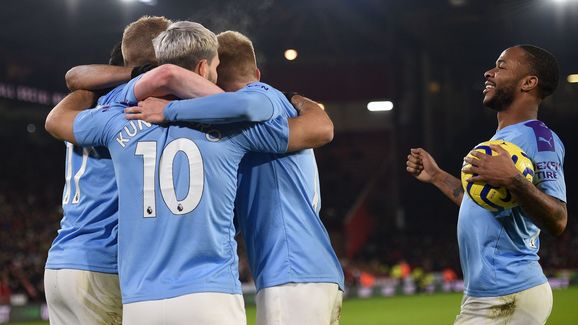 ​thrashing Fulham during the week

7 - This is the seventh consecutive season Man City have scored at least 100 goals in all competitions, becoming the first Premier League team to achieve this since Sir Alex Ferguson's Manchester United did so in nine consecutive seasons between 2004/05 and 2012/13. Relentless. pic.twitter.com/D0SoKqO7Ap

They advanced to the fifth round of the FA Cup at the Cottagers' expense and will look to see off rivals United on home turf in the second leg of the League Cup semi-final during the week.

Next Five Fixtures for Manchester City:

In February, though, comes the big one that may just define their season. They take on Real Madrid in the last 16 of the Champions League; the one trophy that has so far eluded Guardiola in his time in England.

He, and City, will be desperate to advance in that competition, since it is perhaps the one trophy that would compensate for losing their grip on the Premier League title. And if they can carry on their immense goalscoring form, then they perhaps shouldn't be written off on the European front.