​Real Madrid manager Zinedine Zidane has insisted that moving top of La Liga means nothing this early in the season.

After Barcelona fell to a 2-0 loss to Valencia, Real managed to take advantage and move three points clear at the top of the table with a dramatic 1-0 win over Real Valladolid on Sunday. Nacho's late header was enough to earn his side the win, and talk of winning the title has already been seen on social media. However, speaking after the game (via ​Marca), Zidane was adamant that such talk is incredibly premature, and ​Real will simply continue to do their job until the title race is mathematically decided.

"Leading doesn't change anything. We have to keep doing the things we're doing well. It's a long and difficult season," the manager said.

Captain ​Sergio Ramos also echoed those feelings to Movistar+ (via ​Sport), insisting that there are far too many games left to play to get carried away by something as small as a three-point lead.

"It is important to be leaders, but there is a lot left. The season is very long and it is getting more complicated because you can drop points against any opponent," he confessed. "We will try to continue adding three points in each game. With this initiative and commitment, ​Real Madrid will work hard to meet their objectives."

There are still 17 games to play in the ​La Liga season, so it's not hard to understand why Real are eager to distance themselves from talk of the title. They have to face ​Barcelona in early March, but they first need to get through ​Atlético Madrid on Saturday. 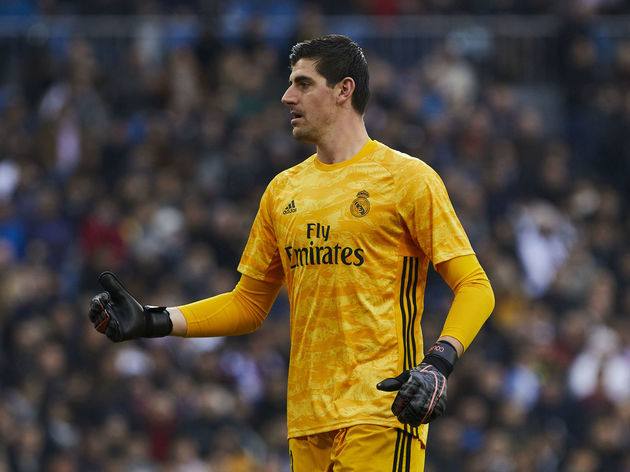 Goalkeeper Thibaut Courtois admitted (via ​Mundo Deportivo) that Real will need to be at their best if they are to avoid slipping up against their fierce rivals, who will be desperate to emerge on top.

“Next week we play Atlético and they will come for everyone, even if they don't come on a good run of form. They will come to die on Saturday at the Bernabéu," he said.

"A season is very long and there are always ups and downs. We are doing very well now. We have to think about ourselves and not look at the other teams. If we focus on what we have to do, we do things very well."