Real Madrid took advantage of Barcelona's loss to Valencia on Saturday by beating Real Valladolid on Sunday evening, Nacho Fernandez scoring the only game of the game at 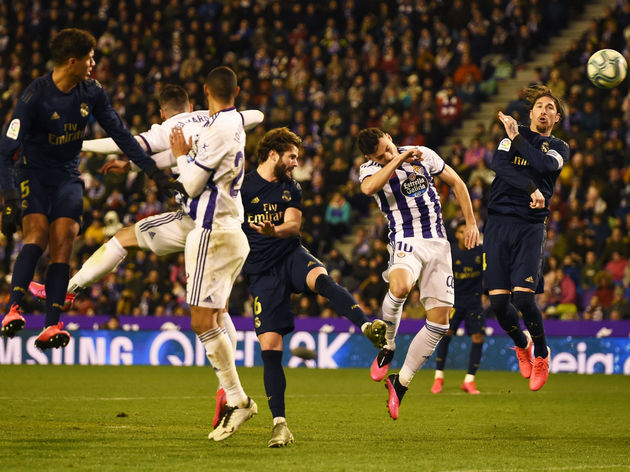 So, here was the chance, ​Real fans.

The chance to seize the initiative in the ​La Liga title race.

The chance to go ahead of ​Barcelona and first outright, having been stuck behind the current league champions on goals scored.

Real's bitter rivals lost at Valencia on Saturday, offering Los Blancos a chance to surge ahead in the title race. Given that Barca have won four of the last five top flight Spanish titles on offer, competitors really have to take advantage whenever It probably wasn't the best prep for Zinedine Zidane, then, that a few key players were absent. Dani Carvajal's suspension meant utility man Nacho filled in at right back, while Gareth Bale's absence ensured there was a starting place for Rodrygo alongside Karim Benzema and Isco in attack.

Any nerves that might have bothered Real's players before Sunday evening's game seemed to dissipate rather quickly as they stuck the ball in Valladolid's net early on, only for Casemiro's header to be disallowed.

However, while things must have got frustrating as Real continued to knock on the door with little to show for it, Zidane's side ultimately kept their nerve to snatch all three points late on, thanks to one unlikely goalscorer. 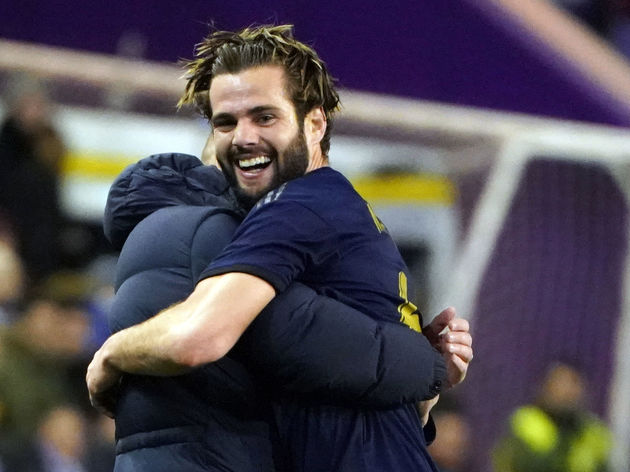 Real's faithful handyman turned in a performance at right back that even the regular incumbent Carvajal would have been impressed with.

The Spaniard made four tackles - the joint most during the game - as well as a match high of four interceptions.

Real's squad may look a little thin in attacking areas with injuries cropping all over the shop, but in Nacho they have a player who can fill in at the back wherever, whenever required.

It's the small matter of the Madrid derby next for Real when Atletico visit the Bernabeu on 1 February.