​If you've been wondering what has been missing from your sunny Saturday afternoon, then look no further - 90min is back with another Bruno Fernandes daily news update!

With a more complex history than Friends' Ross and Rachel, Manchester United and the Portuguese star have almost reached their fairytale ending - only for it to be continuously snatched away from them at the end of the episode.

Well... today is no exception. With conflicting reports swirling regarding the Sporting captain's future, potential

Friday's updates left us all on tenterhooks, as the dreaded word ​'COL​LAPSE' wormed its way into our vocabulary, with suggestions that the deal was dead in the water.

Saturday's headlines are rather more positive for the Red Devils, however, as ​​A ​Bola suggests (via ​Sport Witness) that although talks have 'cooled' between the two clubs, the deal is far from over.

However, a secret clause in Fernandes' contract has come to light within the Man Utd headquarters, causing more confusion than ever.

It is believed that PremierLeaguecontemplating supportersMaritimo - one including Fernandes, and one without.

The Sporting coach could be bracing himself and his players for their captain's inevitable exit, and he may even have an inkling that it will come sooner rather than later.

However, the Portuguese outlet also claims that although negotiations between the two sides are 'intensifying', the deal is no nearer to reaching its conclusion.

The wait goes on. 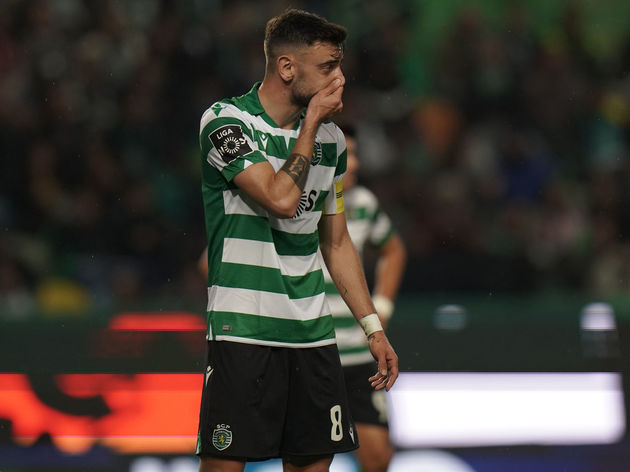 Finally, ​O Jogo continues down a similar path to Record, admitting that the deal was expected to be wrapped up by this point, but Man Utd's 'stubbornness and a refusal to bend to another's will' to me and you) has continued to delay the final signatures.

The story falls in line with A Bola, confirming that the Red Devils are reluctant to pay the magic €50m fee, and the deadlock is no closer to being broken.

'So close, yet so far' has never felt so apt.

Sort it out, Ed Woodward, for all our sakes.