West Ham have been told that they must pay £18m by Nottingham Forest if they want to land right back Matty Cash.

Cash has played 27 times in the league this season and has become a standout player for Sabri Lamouchi's side. The 22-year-old has scored twice and assisted four goals, helping his side into the Championship playoff places. West Ham are not the only team interested in Cash, and Th​e Sun report that Forest want £18m because of the heightened interest in his services.

For the majority of his career, the Englishman has played as a midfielder, only switching to full-back this season. He's been a revelation for Lamouchi ever since, playing a key role in helping

The former European Cup winners are just five points off West Brom, who sit top of the table, as they bid to return to the top flight after a 20 year absence from the Premier League.

However, they might have to do it without Cash if ​West Ham come in with the money that Forest want. The Hammers have already had a £12m bid rejected, while both ​Crystal Palace and Everton have shown interest too.

Somewhat surprisingly, Italian giants ​AC Milan have also been linked with a move for Cash - after former Arsenal chief executive Ivan Gazidis, who left north London to take up a similar role in Milan, stated that signing a young British full back is a top priority. 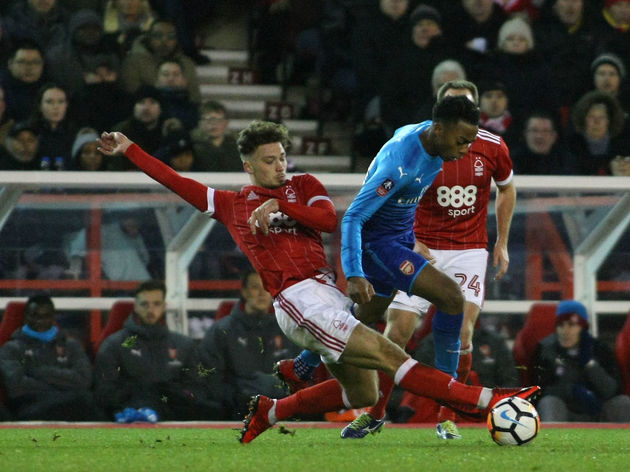 The asking price for Cash is not overly surprising considering he only signed a new three-and-a-half year deal in November in an attempt to ward off any potential suitors. His form has no doubt added to his value too, though time will tell whether West Ham - or any other interested party - are prepared to meet Forest's demands before next week's transfer deadline.