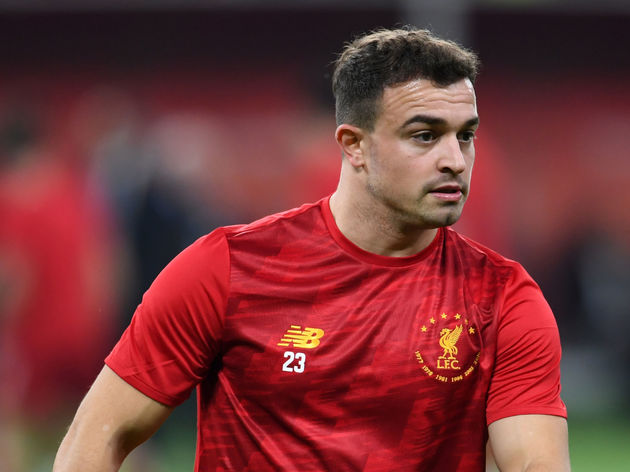 "We work on that. We don't want to bring in a situation where it constantly happens but so far we didn't find 100 per cent the solution for it so we have to see."

Shaqiri's limited game time this season has seen him linked with a high-profile move away from Anfield this month, most notably attracting interest from Roma and Sevilla who want to take him on loan until the summer.

Liverpool have rejected both proposals, although it's understood that sporting director Michael Edwards would be willing to sell Shaqiri for £25m during the January window.

But Klopp would prefer to keep hold of Shaqiri until the end of the season at least, with Liverpool closing in on their first-ever Premier League title.