On the first (and likely last) edition of 'Guess Their League Position' it's... Tottenham Hotspur!

'They're too good to go down,' one cries. 'Cor, Pochettino's changed a bit in the dugout,. another responds. Meanwhile, one contestant is heckled during their judgement: 'You know what, I reckon they're six points off fourth, decent side.'

Well I'll be damned, we have ourselves a winner!

On a serious note, bar an upsurge in form coinciding with Jose Mourinho's arrival at the end of November, it's been a pretty woeful campaign for Spurs fans to endure. But despite the bleakness surrounding the Lilywhites since 8:02pm on June 1 2019, there's reason to be optimistic about the long-term future of the club. And *spoiler alert*, it's not because everybody around them is just as s***. Instead, it's two summer signings: Tanguy Ndombele and Giovani Lo Celso.

Ndombele - signed from Lyon in the summer for a club-record fee - has endured a frustrating start to life in north London, with persistent niggling injuries preventing him from a consistent run of games in the starting XI this season.

Despite this, the player nicknamed 'El Feinte' during his time at Guingamp's academy has continued to tease his generational talent since his arrival.

Ability wise, there are very few superior to the former Lyon man in his position. Ndombele spots angles on his passes that are seemingly non-existent while he's able to penetrate defensive lines at will with the ball at his feet. The graph below highlights what an extraordinary talent the Frenchman is - with his press resistance, dynamism, variation and guile contributing to over 5.5 dribbles per 90 this season at a 76.9% success rate, which is mental.

Ndombele's the dot circled, by the way.

While it's portrayed that the defensive side to his game is what 'lets him down', his defensive output is, in fact, quite underrated. Per 90 minutes in the Premier League, Ndombele averages more tackles (1.69) and interceptions (1.35) than Moussa Sissoko, Eric Dier and Harry Winks.

Criticism pointing towards his fitness are certainly fair - although his unique guile does make it look like he's jogging 90% of the time. Nevertheless, you can expect Ndombele to adapt and get up the speed with the physical demands of the division in the coming weeks.

In full cry, he's simply a joy to watch.

As for Lo Celso, well, he endured an equally frustrating start at the club due to a two-month lay off as a result of a hip injury. In recent weeks, however, he's come into his own - playing in a deeper role compared to one both Mauricio Pochettino and Quique Setien at Betis deployed him in. His complete showing against Norwich

While he's a little different to Christian Eriksen

So, with the two summer signings integral to the club's short and long-term future, how does Mourinho get the best out of both?

With the Portuguese boss struggling to find his right midfield combination, the prospect of a midfield pivot consisting of the pair in a 4-2-3-1 would be exciting, but with Gedson Fernandes being brought in this month, why not try a midfield trio of the new arrivals in a 4-3-3?

At the moment, there's no senior member of the squad competent enough to play a 'screening' role in Spurs' midfield: Victor Wanyama has aged 24 years physically in 18 months while Eric Dier still wishes it was 2016 with Mousa Dembele still around. The 21-year-old has offered bright cameos in his two substitute appearances thus far, showing a willingness to run in behind from midfield and proving to be a technically sound customer. And while he's not physically imposing - low socks 'n all - the Portugal international is a diligent defender, possessing the annoying ability to almost shadow opponents in possession N'Golo Kante style.

He's not a defensive midfielder, more a box-to-box type, but he looks like he beholds enough defensive qualities to play in a deeper position or at least the more defensive-minded role out of the three.

In the short-term, a midfield three of Ndombele-Gedson-Lo Celso is certainly worth trying, with Son-Heung Min, Dele Alli and Erik Lamela/Lucas Moura making up the front three while Lo Celso/Ndombele and Serge Aurier provide the fourth and fifth attackers in a 3-2-5 build-up.

That midfield trio would be one packed with tenacity, penetration, creativity, mobility and dynamism. Overall, it would be a great one to watch. 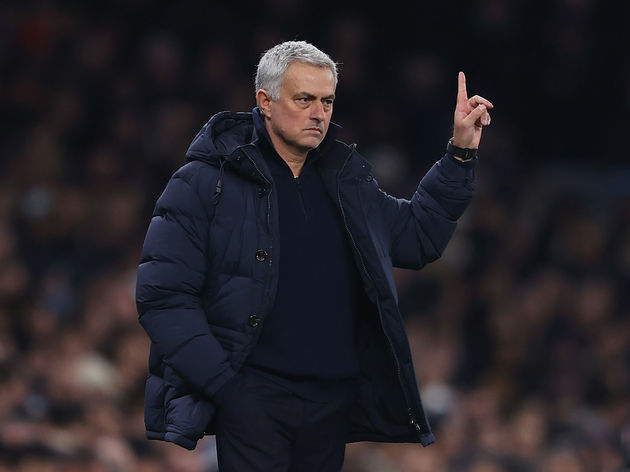 Nevertheless, you can only feel that even if Gedson thrives under Mourinho, the purchasing of a youthful, mobile midfielder capable of playing as a number six would only further elevate Lo Celso and Ndombele. If Spurs can secure the signing of either Sander Berge, Ibrahim Sangare or Boubakary Soumare in the summer, then you're looking at one of the Premier League

Nevertheless, whatever Mourinho and Daniel Levy opt to do, the priority has to be getting the best out of your two best players not called 'Harry Kane'.

In the form of Ndombele and Lo Celso, you have two players capable of making the Mourinho era at Tottenham

These are two foreign exports that Spurs simply cannot afford to waste.