In that scenario, nobody wants to be responsible for fear of the backlash and sources linked to both clubs appear to be feeding different media outlets with ‘information’ to fit their own agenda.

​Yesterday, The Sun shouted: ‘Man Utd’s Bruno Fernandes transfer COLLAPSES as they refuse to cough up £68m to Sporting’. The basic premise of the story is that United won’t be forced or bullied into overpaying, therefore making it Sporting’s fault if no agreement is reached. There is reason to believe this story has been fed by a source from United’s side of the table. Neil Custis is already known for writing about United, but former Sun colleague Neil Ashton is now also working with the Old Trafford club as a PR adviser and influence can already be seen in various other suspiciously positive press reports about Woodward and United.

With Ed Woodward and the Glazer family already hated figures among supporters, the club cannot afford to take the blame for Fernandes not joining them.

However, today’s development spins the story and appears to put the blame at United’s door.

A conflicting update from Sky Sports reporter Keith James, who is believed to have contacts in Portugal and is therefore likely to have been given his information by someone attached to Sporting, suggests that United actually had a deal in principle, only to then try and renegotiate. This story goes that a £55m (€65m) figure was agreed and was deemed satisfactory by Sporting, who seemed relieved to have at least sorted the foundations of a deal. Yet when United learned how desperate Sporting are for money, they lowered their offer to £42m (€50m).

As things stand, the clubs remain at least £10m apart in valuation – Sporting at their £55m bottom line, that had supposedly been agreed, and United at £42m. In this version of events, if the deal doesn’t go through, it will be United’s fault for trying to pull a fast one on Sporting.

Both stories are very different, and because media outlets are seemingly being used for point scoring, it makes it almost impossible to know who, if either, is actually reporting the truth.

What Are They Saying in Portugal?

​Sport Witness have been excellent throughout this saga at summarising the daily gossip from the major Portuguese newspapers – A Bola, O Jogo and Record.

Where The Sun had implied the whole thing might be off with their use of ‘COLLAPSES’, all three publications in Portugal suggest in their latest reports that talks will be ongoing.

Fairly, A Bola illustrate both clubs as stubborn and suggest that United are warming because they are presenting ‘various solutions’ to break the stalemate. That includes more attainable add-ons than previous offerings in a €55m plus €10m package. It is up to Sporting to respond. 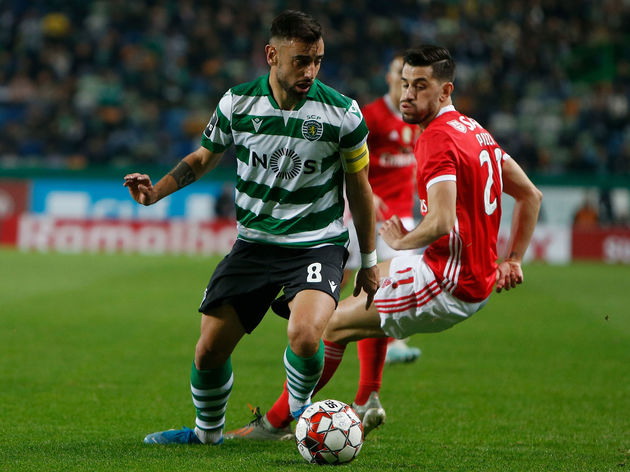 O Jogo suggest Sporting president Frederico Varandas is refusing to come down from €60m (£51m) up front, with claims that agent Miguel Pinho has persuaded United to up their offer to €50m (£42m) plus €15m (£12.7m) – still around the aforementioned £55m (€65m) overall.

In Record, they say United are offering €50m plus €20m, so not a dissimilar overall fprice, with Sporting preferring a deal structure of €60m plus €10m. It is suggested that it is ‘likely’ that Fernandes won’t play on Monday when Sporting face Maritimo.