​Leicester are confident the injury Jamie Vardy sustained against West Ham is not a long-term problem, and that he may be fit as soon as next week.

Vardy went down clutching his left hamstring at the King Power Stadium on Wednesday night after attempting to clear a loose ball in the penalty area, although Brendan Rodgers claimed afterwards it was actually his glute.

"From the first whistle the players were very, very good." 

The ​Foxes forward was forced to come off during the clash, with the immediate fear being he had torn a hamstring and would be sidelined for an extended period of time.

However, those fears appear to have been allayed, according to the ​Mirror, with the possibility he could be fit in time to feature in the club's Carabao Cup semi-final second leg against Aston Villa on Tuesday. That tie remains in the balance after a 1-1 first leg draw, with ​Vardy's presence key if the Foxes are to reach the final.

After a scan on Thursday it appears there is a chance for that to happen, but the club did show that they can live without the Premier League top scorer after he hobbled off against the Hammers. Vardy's replacement, 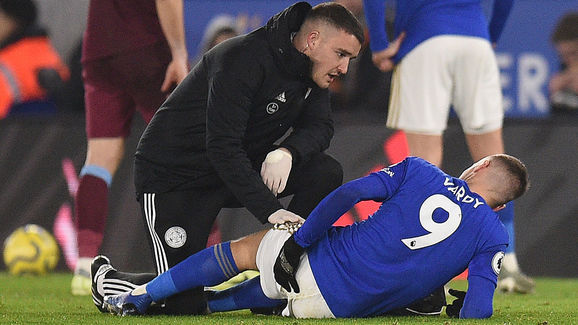 “We know Jamie is maybe a bit different," the Belgian said. "