​Once upon a time, Atlético Madrid were one of the most feared teams in Europe - nowadays, they're losing to third tier Spanish sides.

Diego Simeone's side ​lost 2-1 at Cultural Leonesa - sorry, who? - in the Copa del Rey on Thursday night and it shows just how far the mighty have fallen.

It's not surprising that these struggles are occurring, with the loss to Leonesa being the tip of the iceberg during what has been a bad season for Los Rojiblancos. They sit third in La Liga but are eight points behind Real Madrid and leaders Barcelona. Simeone gave his thoughts on the issue in his post match interview, via Marca, saying: "I have the desire to work like every day since I arrived, the penalties or the extra time in the Champions League didn't change me, nor will going out in this round. The obvious loss is Frenchman Griezmann to Barcelona. He was consistently the shining light in the Atlético side, scoring 133 goals in 257 games under Simeone and winning numerous individual awards in the meantime.

I'm really now beginning to doubt if Joao Felix's move to Atletico Madrid was a good one for him. I feel Atletico's defensive play has hindered his attacking prowess.

However, the recruitment problems don't stop there for Simeone and co. They let Godín leave on a free over the summer after almost 400 appearances in the famed red and white. Not only did they lose one of the best defenders of his generation - but also a leader.

They replaced the Uruguayan by bringing in Porto's Felipe and Espanyol's Mario Hermoso. It hasn't been the same. When José Maria Giménez got injured, the two new signings had to form a partnership at the back - but they failed. When they have played alongside each other, Atlético have managed just three clean sheets in ten games - including the shock loss to Cultural Leonesa. That is poor for a team that has historically prided itself on having one of the best defences in the world.

Of course, there have also been problems in the left back area where this side lacks a whole lot of depth. Renan Lodi is the only recognised left back in the senior squad but was recently struck down by injury. This has led to youth players and even Saúl deputising for the Brazilian.

To round this off, they splashed out roughly €40m on ​Real Madrid's Marcos Llorente in an attempt to replace Rodri who left for Manchester City. Not only is it bad to pay your arch rivals €40m, but for the player to only start three La Liga games adds salt to the wounds. 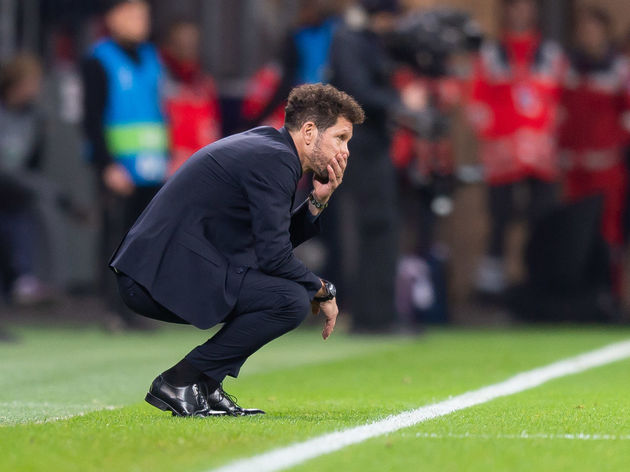 As much as Simeone will bat away claims that his side are in regress, it is true. This loss to Cultural Leonesa was the first time Atlético lost to a third tier side since 2011 in Simeone's first season in charge.