Willian José 'Not Tottenham Priority' Despite Reports of Deal Being Close

Willian José is not one of Tottenham's primary transfer targets, despite reports that the club are close to securing a deal for the Real Sociedad striker.

Spurs have stepped up their search for offensive reinforcements ever since Harry Kane was ruled out until at least April with a hamstring problem at the beginning of the month. Reports emerged on Wednesday suggesting that a deal to bring José to the club was ​imminent, though this has now been disputed by the ​Standard, who claim that Brazilian is not viewed as a priority signing.

The 28-year-old has scored eight goals in 22 games in all competitions this season and is understood to been keen on a move to the ​Premier League. Though the two clubs have held informal talks over a potential move, he is not thought to be their preferred target.

Spurs have also been linked with a move to ​Krzysztof Piatek with the arrival of Zlatan Ibrahimovic to Milan seemingly marking the end of the Pole's time at San Siro. However, the club is thought to be put off by the Rossoneri's

"I had a long conversation with him, so I'm ready to share with you a little bit," Mourinho said on Tuesday, as quoted by the ​Standar​d. 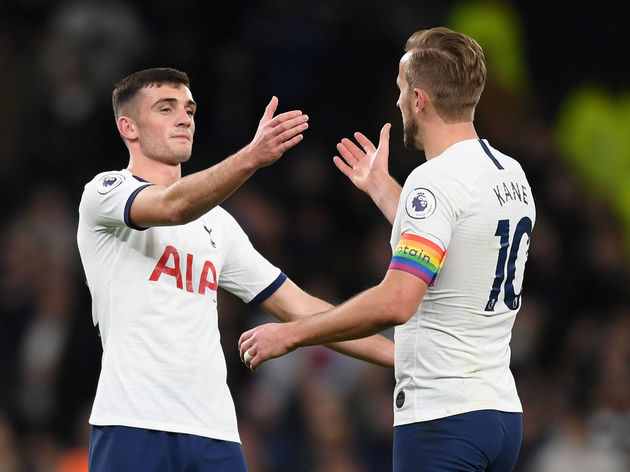 “I think he has potential. I think he needs to work a lot. He has a process to go through, a process that probably Tanganga had. One thing is 17 and another thing is 20. We are speaking about three years of distance and three years.

"I think Troy has to go through a process. Can he have minutes? Yes, he can. I'm not saying he's not able to have minutes, but to put on his shoulders the responsibility of replacing somebody to be replaced, I don't think he's ready at all," Mourinho explained.