The Brazilian has a release clause of around

Although Porto would prefer Telles to stay, they are acutely aware that any delay in moving him on could result in his value dropping - and they cannot risk him departing the club on a free transfer once his contract has expired.

Juventus, and it's claimed by Portuguese outlet Tribuna Expresso that a €25m bid is being lined up for the former Galatasaray star.

The report suggests Porto will be inclined to accept the proposal, rather than risk La Vecchia Signora walking away from the negotiating table. Telles is well known to Juventus and Italian audiences on the whole, having spent a season on loan with title rivals Inter during the 2015/16 campaign.

Maurizio Sarri's Juventus are a little short of options at left back, with Alex Sandro the only recognised player on the books who naturally plays there. Versatile defenders Danilo and Mattia De Sciglio can also play there, but both are more suited to playing on the right side of defence.

The Old Lady are currently four points clear of Inter at the top of Serie A, after four successive draws for I Nerazzurri saw them slip off top spot. Lazio are also in the mix after a sustained run of good form, and they could close their own six-point gap to top of the table with victory in their game in hand.

Telles, meanwhile, has been at Porto since 2016, and has made 170 appearances for the Dragons, winning one Primeira Liga along the way in 2018. 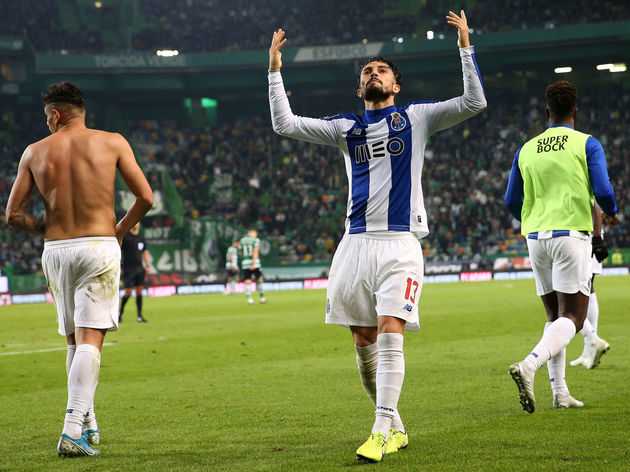 His impressive form in Portugal saw him called up to the Brazil squad for the first time in 2019,

where he made his first appearance against Panama.

Chelsea and PSG have previously been mentioned as potential transfer destinations, but with those transfer links going cold, Juventus could now be in pole position to sign one of the best defenders operating outside of the so-called 'top five' European leagues.