Paris Saint-Germain are hoping for an improved offer from Atlético Madrid for forward Edinson Cavani, with Chelsea preferring a loan deal as opposed to buying the striker outright at PSG's asking price.

The 32-year-old ​Uruguayan asked for permission to leave PSG this transfer window after experiencing limited game time for the Ligue 1 champions in 2019/20 - a request that has been reluctantly granted by his club.

While ​Atlético Madrid were the first to make an offer for Cavani, their initial bid was knocked back, with PSG apparently holding out for around €15m (£12.5m), despite the player's contract coming to an end this summer. 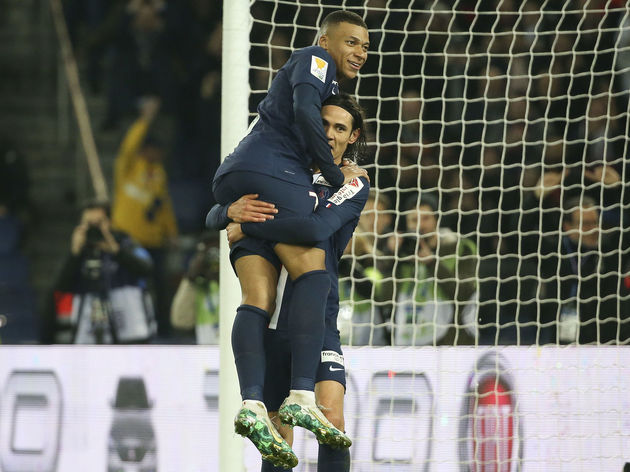 ​Chelsea also hold an interest in the former Napoli star, with the ​Telegraph calling Cavani Frank Lampard's 'top target' ahead of a push for a top-four finish and silverware this season.

​Lampard has bemoaned his side's poor finishing on a number of recent occasions, while a possible ankle injury to top scorer Tammy Abraham has expedited the need for more strikers.

According to the Telegraph's report, however, there is something of a 'stand-off' developing around Cavani.

Chelsea want a loan deal and are willing to pay a £5m fee, while also taking on the star's £360k-a-week post-tax wages.

Currently, then, it seems PSG are waiting on a new offer from Atlético Madrid. ​Reports as recently as yesterday suggested that Atléti would come forward with a figure matching the Parisians' asking price and that the deal was in fact 'imminent'. Madrid it seems is also the destination of choice for Cavani's parents, with both the player's mother and father speaking out on their son's choice of employer.

Cavani’s father Luis is quoted as saying: “He wants to join another club in Europe. It would please me that he plays here [at Atlético]. Simeone wants him now."

The Telegraph, not ruling out the diminishing possibility of a Chelsea transfer, summarise that Atlético Madrid 'hold the advantage' in the race for the two-time Ligue 1 top scorer, as deadline day approaches.