​Barcelona are understood to be negotiating with Valencia to try and bring striker Rodrigo Moreno in on loan for the remainder of the season.

La Blaugrana have been on the lookout for a new forward all season, but Luis Suárez's predicted four-month absence through injury has accelerated their plans and new boss Quique Setién has already ​spoken with club officials about the need for a new forward. A number of names have been considered, but ​Sport claim that ​Barcelona have settled on Rodrigo. However, given they aren't blessed with a large transfer kitty this winter, they want to take the Spaniard on a six-month loan with an option to buy in the summer.

Rodrigo is believed to have informed Barcelona that he would be willing to head to Camp Nou this month, and negotiations are well underway to try and make it happen.

To try and get this deal over the line, Barcelona are prepared to let Valencia take one of their players on loan in return, but there is no mention of which players have been mentioned.

Mundo Deportivo add that Rodrigo is represented by agent Jorge Mendes, who just so happens to be a close adviser to Valencia president Peter Lim as well.

Both Rodrigo and Barcelona are optimistic that Mendes will be able to help complete this deal, having already been crucial in their previous negotiations with Valencia which brought André Gomes to the club. 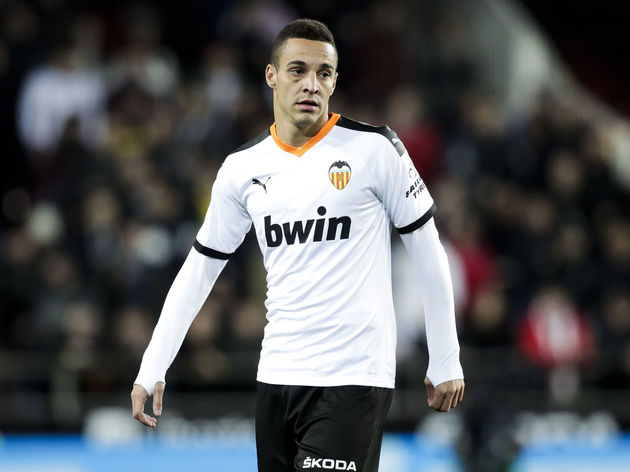 A deal for Rodrigo is seen as far simpler than any potential moves for either RB Leipzig's Timo Werner or ​Arsenal striker ​Pierre-Emerick Aubameyang, both of whom are close to the top of Barcelona's wish list.

On Aubameyang, ​Mundo Deportivo add that he has actually told Barcelona of his interest in joining the club, although Arsenal are determined to do whatever it takes to keep him for the remainder of the season.

Arsenal have completely rejected the idea of losing Aubameyang, and given he is the club captain, he is unlikely to kick up a fuss and force an exit, so Barcelona have turned to Rodrigo instead.