This is exactly what the ongoing Bruno Fernandes saga has come to feel like for every football fan, whether a Manchester United supporter or otherwise. After an agreement was widely claimed to be imminent last week – thank you Sky Sports for overselling a possible agreement on a £43m plus £17m deal – and then not by the end of the weekend, yesterday brought fresh rumours of a ‘breakthrough’ in the talks.

That momentum appears to have carried into today as well.

From Portugal, A Bola speaks of a fresh round of negotiations with the expectation that a deal worth an initial €55m (£46.8m), plus a further €10m (£8.5m) in add-ons, will finally be reached.

Those figures are very similar to what was reported by the Daily Mirror yesterday in reference to the aforementioned ‘breakthrough’ story, which is actually reassuring. The fuller story from A Bola appears specifically in the publication’s print version, which Sport Witness has helpfully summarised. It is made clear that A Bola’s stance is a step forward from previous reporting on the subject, which hasn’t just been a case of crying ‘done deal’ daily.

With ‘rough edges’ to sort, the key line is this: ‘All the details can be definitely settled today.’

is a big word right there, but the overall direction still sounds very promising and positive.

An agreement, however, doesn’t mean an imminent unveiling at Old Trafford because remaining formalities always take a little longer. That being said, United are certainly no strangers to announcing transfers ‘in principle’ and ‘subject to medical and personal terms’.

Whatever happens with Bruno Fernandes, well done to United for taking all the joy and excitement out of another signing. Liverpool were linked to Fabinho at 8pm and signed him at 9pm. Our recruitment & PR team are amateurs

Fernandes himself, having played for Sporting CP against Benfica on Friday, also played for the club against Braga on Tuesday night in Portugal’s league cup competition. He started the semi-final defeat as captain, playing 90 minutes and getting an assist – his 14th this season.

United manager Ole Gunnar Solskjaer has also spoken generally about transfers. His comments were more in reference to the club pulling out of a deal for Erling Haaland, who scored a hat-trick on his Borussia Dortmund debut at the weekend, but certainly apply to all negotiations.

“We don’t want to inflate the prices. It is important that we use common sense,” he said. 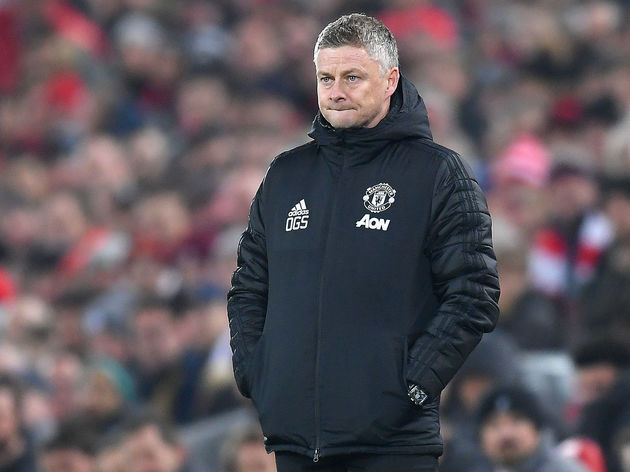 “There are other things when you sign players - you have to keep in control. You can’t give agents the control by giving buyout clauses and stuff. That has been touted around.

“We have to be in control.”