Spurs were in need of a backup to Harry Kane even before his potentially season-ending injury, but now it seems as though the club are in overdrive to secure another striker before the transfer deadline.

Deals are hard to negotiate in January regardless of needs and wants, but when a player does become available, that's an immediate red flag - why is he available in this market? Nonetheless, Spurs need bodies, particularly up top, and will take all the help they can get if the deal is a good one.

With so many names and rumours flying around, it's hard to know what's really going on. No worry, 90min has got you covered - here is everything you need to know about the forwards Spurs have been linked with, and if they're really viable options. ​Defensa Central, a site dedicated to ​Real Madrid, reported earlier this month that José Mourinho called Florentino Perez to enquire about the availability of the 22-year-old.

However, despite their good relationship, Perez knocked back the approach, insisting that Los Blancos are keen to stand by Jović despite a tough debut season at the Santiago Bernabeu.

A dream signing at this stage and very much the profile that a club like Spurs should be targeting, but not going to happen, we're afraid. Mourinho has even admitted since taking over at ​Tottenham that his role is as head coach, and has little input on the specifics of transfers right now. It's quick to look at a Portuguese striker with Jorge Mendes as his agent and think 'yeah, obviously this is who Mourinho's Tottenham want', but that's not why a move for André Silva doesn't make much sense.

Mourinho seems hell bent on securing a target man, and while Silva stands at 6'1, he's not particularly strong and would struggle to adapt in the Premier League, let alone either Spurs or Milan would have to negotiate an exit from his loan deal at Frankfurt.

Little news since the ​Telegraph first reported of their interest on 10 January. Don't count on this one. A long-term target of Tottenham's​, the young Frenchman is one of Europe's hottest striking options at the moment, fitting the stylistic and age profile that many top clubs desire in a new striker.

The Telegraph reported of Spurs revisiting this option at the same time as their interest in Silva, but again a transfer for Dembélé isn't too likely. Lyon president Jean-Michel Aulas has already said that he doesn't want to sell this window, and even if he did, there would be plenty of clubs with greater financial backing ahead of Tottenham in the queue.

It would be nice having a Dembélé gracing north London again, but it won't be Moussa anytime soon. The Zé Luís links were over almost as soon as they started when it became apparent that this underwhelming 28-year-old Cape Verdean striker with 10 caps ​would not be eligible for a work permit. 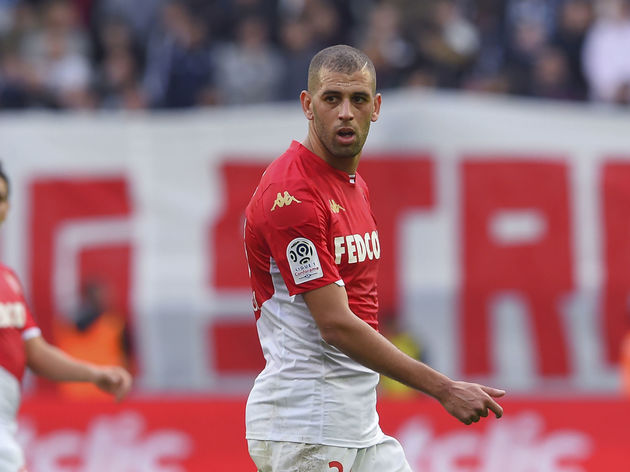 Nothing says 'any target man will do' like a guy who failed to cut the mustard at Rafa Benitez's Newcastle less than two years ago.

​​The Telegraph wrote on 19 January that ​Leicester were bracing themselves for an approach from Tottenham regarding Slimani, who is currently on loan at Monaco.

However, they add that even Brendan Rodgers admitted that the sale of Slimani, namely to Aston Villa a few weeks ago when they were linked with the Algerian, would be 'too complicated to happen'.

Another bullet dodged by Tottenham, it seems. Oh big Nando, with your ​piercing blue eyes and devilish good looks, why did you have to leave?

Sadly, he's not coming back, either. ​Sky Sports reported earlier this month that ​Napoli, knee-deep in a crisis in every way, offered the Spaniard back to Spurs after leaving on a free transfer in the summer, but they aren't interested in pursuing a deal.

Probably not keen on re-signing a 34-year-old who was one of the club's highest earners at the time of his departure. Moving on... Ooh, a fresh link! Let's get stuck into it (much like Morelos in any competitive game of football).

The feisty Colombian has been prolific since joining Rangers, with 76 goals in 126 games, but his disciplinary record has unfortunately been almost as consistent, picking up seven (!!!) red cards during his time at Ibrox.

​Football Insider write that Spurs will make a move for Morelos in the late stages of the window, despite also reporting a month ago of Rangers' insistence that he won't be sold this month.

Could you imagine Mourinho managing a hothead like Morelos? It would be great Amazon Prime documentary content for sure, which kind of makes this deal more likely and less likely at the same time. Big ol' Schrödinger's Cat transfer rumour - we have no idea whether it would revive or kill Spurs' season/small screen tales until they sign El Bufalo.

A move south or elsewhere in Europe is in the pipeline for the striker at some point, but the Gers looking strong domestically and in the Europa League - don't bank on them holding the door open for bids, and don't bank on Spurs going to war over one. ​The Independent wrote earlier in January that Cavani was one of a number of names on Tottenham's long list of targets this month.

Mourinho admitted in his press conference on Tuesday, via the ​Evening Standard, that he has a good relationship with PSG and will not discuss rumours about a potential move for Cavani, before adding that he would appreciate Kylian Mbappe joining on loan.

It's the modern version of Harry Redknapp rolling down his car window at Spurs Lodge in the summer of 2011 and dismissing rumours of Kaka arriving from Real Madrid on loan by simply saying 'Naaaaaaah. I wish, but be real'. Ah yes, the big boy, the one it seems that Tottenham ​truly want for some weird reason. ​

Gianluca Di Marzio reported that Spurs had two bids knocked back by Milan earlier in the window - the first a loan, the second a straight swap for Juan Foyth and Victor Wanyama. Hard to argue that this isn't Spursy.