​Bayern Munich have confirmed the signing of Real Madrid full back

The 24-year-old missed training on Tuesday ahead of Los Blancos' Copa del Rey clash with Unionistas de Salamanca on Wednesday and has been out of favour so far this season.

Odriozola will offer more depth in defence to ​Bayern boss

chairman Karl-Heinz Rummenigge read“Following internal discussions, we agreed to follow the wishes of head coach Hansi Flick in strengthening the defence and decided to go for Álvaro Odriozola. We are delighted about the signing and thank Real Madrid for the friendly and cooperative talks."

Sporting director Hasan Salihamidžić added: “We are convinced Alvaro Odriozola will help our team with his qualities. I am very happy we’ve found a full-back like him.”

Odriozola, who has made four international appearances for Spain, made four La Liga appearances for Zinedine Zidane's side, with the last of those being the 1-0 defeat at Mallorca when he was sent off for two bookable offences. 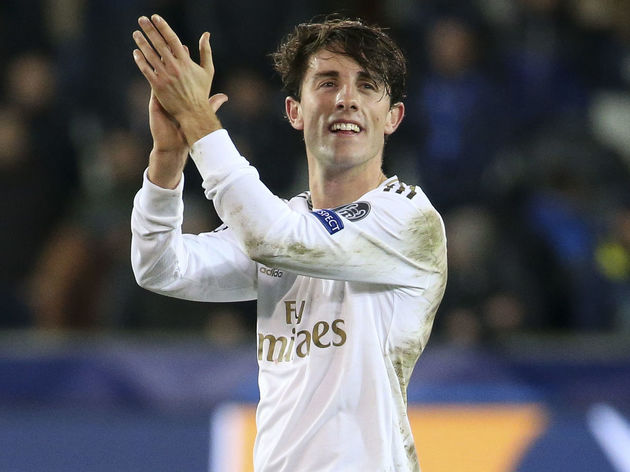 He last played for Real in a Champions League win at Club Brugge in December. Dani Carvajal has pinned down the right back spot at the Bernabeu, limiting Odriozola's game time, and the move sees him follow in the footsteps of Madrid teammate James Rodriguez, who spent two seasons on loan at the Allianz Arena.

The move may also offer