The news of a behind the scenes role at Villa follows Aluko’s recent retirement from playing.

Breaking news brought to you by @eToro.

The 32-year-old had hinted at some sort of off-field development role when she confirmed she was hanging up her boots and the move to Villa will see her return to the city she grew up in.

The sporting director role has been newly created at Villa, who lead the Women’s Championship and are hot favourites to earn promotion to the top flight Women’s Super League.

“I feel it’s something that I’m ready for at this point in my career. I’ve always been passionate about the women’s game, its development and setting cultures that drive excellence.

“I’ll be helping to create a successful club in Aston Villa Women, and obviously I’m back home in Birmingham where it all started for me. I’m excited for this next step.”

I am delighted to announce my new role as sporting director of @AVWFCOfficial The clubs commitment, investment & ambition towards building a leading womens program of excellence is exciting and I am proud of this opportunity to lead within the historic Villa family. pic.twitter.com/D3pFTQVU60

Villa chief executive Christian Purslow added: “Eniola enjoyed a fabulous playing career and took her first steps in the game in this city, the city where she grew up.

“She is an inspiration and inspiring role model to young girls and women in Birmingham and will help Aston Villa to be an exemplar of women’s and girl’s football in the region.”

Aluko started her career at Birmingham and made her senior debut for the club aged just 14, before later relocating to London to play for Charlton and Chelsea. She briefly returned to Birmingham in 2012 after a spell in the United States. 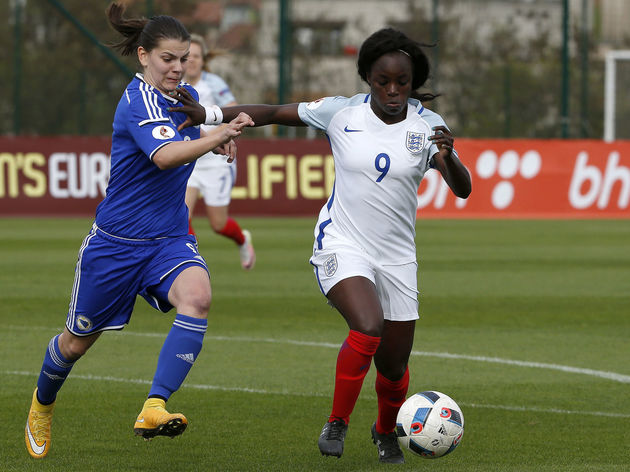 Aluko played more than 100 times for England, as well as for Great Britain at the 2012 Olympics, and is one of the most respected names and voices in the women’s game.