Napoli inflicted Lazio's first domestic defeat since September as they held on to an early lead in a truly bonkers Coppa Italia clash.

Lorenzo Insigne made it 1-0 in the second minute but Napoli rode their luck for the remainder of the match. Lazio missed a penalty after ten minutes before each side saw a player dismissed with 25 minutes on the clock. Despite Lazio's unrelenting pressure in the second half, Gennaro Gattuso's side held on to progress to the semi-finals of the cup. 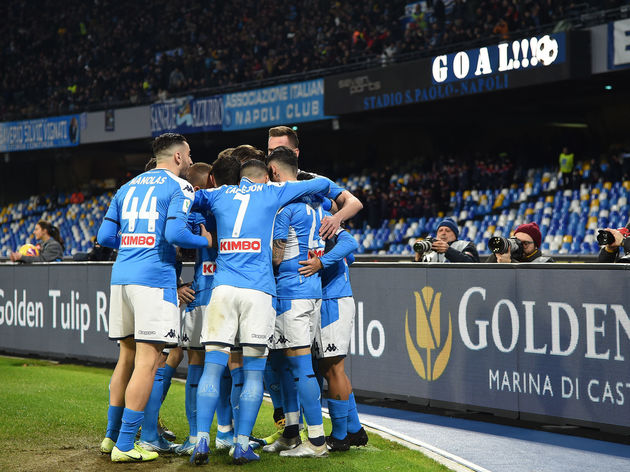 Not long later, in an action-packed first half, Lazio had their first attempts of the match, the second of which saw With less than 20 minutes on the clock,

In case anyone in the Stadio San Paolo had gotten a chance to catch their breath Lazio's Lucas Leiva took it upon himself to add another loop to the rollercoaster that this cup tie had become.

Having committed a professional foul to halt the rapid progression of Piotr Zielinski, the Brazilian bellowed his disapproval in the official's immediate vicinity only to be dismissed for dissent. So, with 65 minutes to play, it was ten against ten.

With two players in an early bath, large swathes of green opened up for both sides to exploit and each team worked opportunities to shoot with no clear-cut chances presenting themselves until the 62nd minute, when Immobile's coolly finished first-time volley was ruled out for offside to spare the Napoli defence's blushes. 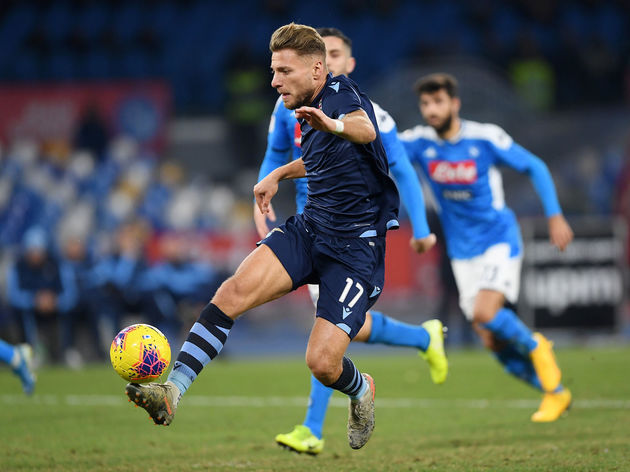 With both sides tiring, Lazio set up camp in the home team half, peppering David Ospina's goal with long-range efforts and bombarding the box with crosses from all angles forcing a nervy Napoli into a 5-3-1 formation.

Immobile's luck didn't turn when he cannoned an effort off the woodwork mere minutes before Napoli made a rare foray into Lazio's half, only for their left-back Mario Rui to repeat the party trick and rattle I