The visitors opened the scoring towards the end of the first half when Troy Deeney was left unmarked to nod in following nifty work from Gerard Deulofeu down Villa's left hand side.

Villa got themselves back on level terms in the 68th minute when substitute Douglas Luiz fired in on the rebound after great play down the left from Jack Grealish and Matt Targett, before their sustained pressure in the second half was rewarded when Ezri Konsa's effort deflected off Mings for the winner. It's certainly not a time for Villa to feel sorry for themselves, even if they did sit above Watford for most of the season before the Hornets' surge of good form ahead of Tuesday night.

But the Villans' recent transfer activity certainly seems to suggest they will not be going down without a fight. Mbwana Samatta, Danny Drinkwater and Pepe Reina have all been brought in as Dean Smith's side look to stave off relegation. 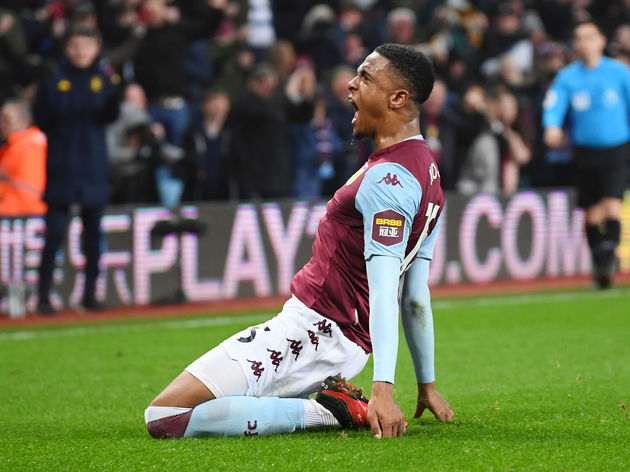 Drinkwater is certainly yet to prove his worth, with the loanee substituted just before the hour mark as the hosts chased an equaliser. It'll definitely be a relief when Villa fans see Samatta in the starting lineup sooner rather than later, with Anwar El Ghazi struggling as a makeshift striker.

The victory has lifted Villa out of the relegation zone and into 16th, though with the standings still so congested that could easily change over the next few matchdays. Regardless, they'll be more than pleased to have gotten the better of their relegation rivals in this six pointer.

You would imagine Konsa and Mings will be arguing over who gets the goal on Wednesday, but in the grand scheme of things the squad won't care one jot.

Purely because he impersonated a certain notorious one after scoring the equaliser, Douglas Luiz scoops this prize.

I'm not being harsh here, but if I see Danny Drinkwater starting another game ahead of Douglas Luiz, amma jump on a plane to Birmingham and batter Dean Smith to death with a giant bratwurst.

Douglas Luiz doing the McGregor walk is my energy for 2020

Drinkwater was well below par during his stint on Tuesday night and Luiz provided an extra body in the final third, scoring the crucial goal to get Smith's side back in the game on their way to an unlikely victory.

"If Nigel Pearson was called Pearsinho, he'd be gettin' all the credit in the world and would have got the Barcelona job!"

That's definitely one way of looking at it, but there can be no denying that Watford are a different beast under the former Leicester boss than they were under predecessors Javi Gracia and Quique Sanchez Flores. They were unbeaten since losing to Liverpool in mid December, but all good runs eventually come to an end, though few would have expected it to be against Villa after a solid first 45 minutes from Pearson's side where they put themselves in control.

However, the pressure applied by Villa eventually proved to be too much for Watford's recently

Deeney may have screwed things up against Spurs, but his excellent contribution on Tuesday looked to have earned Watford a point before the late drama. The 31-year-old always puts his weight around but his link-up play was good throughout and he also enjoyed a cheeky celebration after scoring.

That celebration does look a little silly in hindsight - which is a wonderful thing, isn't it?

Items being thrown at Troy Deeney as he celebrates in front of the Holte End. He doesn’t care. He hates the Villa! 路‍♂️#AVLWAT

​Watford have to face Tranmere on Thursday in their FA Cup third replay on Thursday and would play ​Manchester United in the fourth round on Sunday if they win the rematch. Their next ​Premier League fixture is at Everton in early February.

​Villa have another week until their next fixture, which is the Carabao Cup semi final second leg against ​Leicester at Villa Park, with the tie delicately poised at 1-1. Their next league game is a trip to Bournemouth.