Sunday marked 14 years to the day since ​Arsenal announced the signing of Theo Walcott from ​Southampton for £9.5m. When Theo signed for Arsenal, it was in a climate where Arsenal were not the laughing stocks they are now.

The Invincibles had changed the landscape of how to play football in England; Arsène Wenger had revolutionised the ​Premier League through training techniques and a calmer managerial approach;

Walcott has had a curious career, almost always on the outskirts, flirting with success. A player defined by his pace and an inability to impose himself on a game. A scorer of great goals but never a great goalscorer. Number seven on the all-time Premier League appearance list for Arsenal, he's still only 30 years old [insert 'Three-0 Walcott' Peep Show reference]. 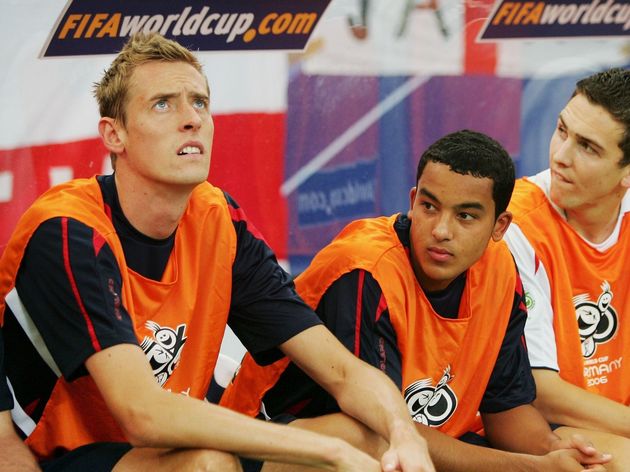 Just five months on from signing in north London - having not played a single minute for Arsenal - Walcott inexplicably found himself in England's World Cup squad. This moment changed the expectations that the winger would have to shoulder forever.

Walcott had already arrived with plenty of hype after the media had reported on the rumours of him being faster than icon Thierry Henry. ​Wayne Rooney 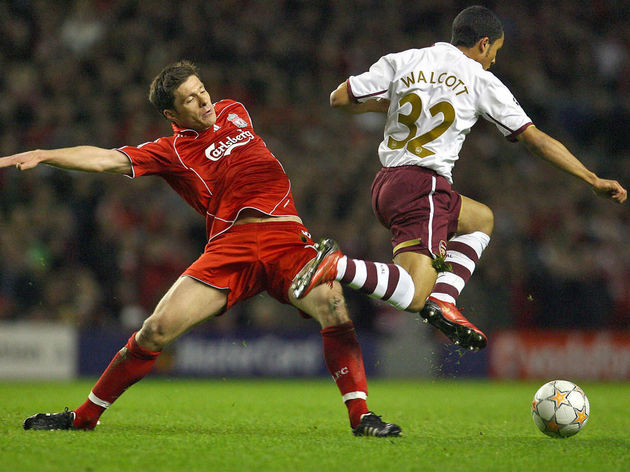 ​Walcott's run against ​Liverpool was truly a moment of footballing genius. Not only was it such an outstanding piece of skill, but it happened at a moment of intense pressure.

Arsenal were playing Liverpool in the quarter finals of the Champions League. The Reds were 2-1 up in the match, 3-2 on aggregate. Running the length of the pitch in the 84th minute, Walcott ghosted past four Liverpool players to serve the ball on a platter for Emmanuel Adebayor. The youngster had delivered a moment that matched the expectation that had come with his signing.

However, Arsenal - doing Arsenal things - conceded a penalty one minute later meaning that Walcott's moment of brilliance fell out of folklore. Unfortunately for Theo, it became an emblem of his unfulfilled potential. Why was it just a flash in the pan? 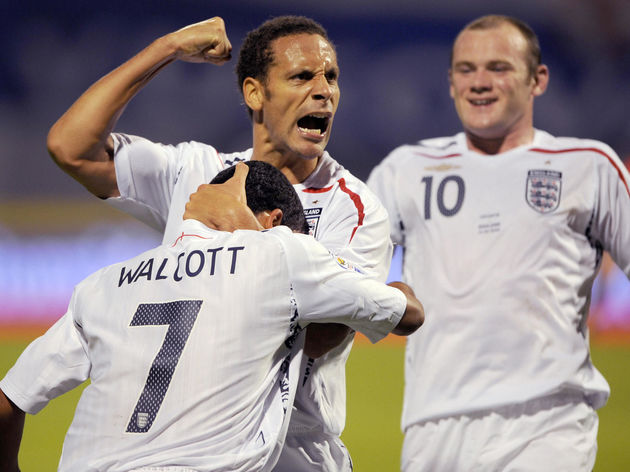 However, his performance in Croatia showed a different side to the player. In his first international start, Walcott provided a ruthless and efficient hat-trick. His first two goals a carbon copy of each other, with his devastating pace on show for the third. Without injuries, Walcott most certainly would have made the most Premier League appearances for Arsenal.

A particular injury that really sticks out was during a 2-0 win against Spurs in the FA Cup. You might remember it as Walcott threw two fingers up at the Spurs fans to illustrate the score, and got hit by a coin as retribution. However, that season Walcott had been playing dynamic football but was struck down before he could build on his performances. A common trope with Theo. Often remembered for the sheer absurdity of the game, Walcott was able to score a hat-trick to secure Arsenal safe passage into the next round. Arsenal found themselves 4-0 down after 37 minutes in a drubbing that only Arsenal seem capable of. What occurred next was outrageous.

Perhaps it's illustrative of Walcott's career that he's best remembered for a game in the fourth round of the Carling Cup. Such is the cruel nature of expectation when playing for a top club and for England.

In the halcyon days when

Cast your minds back to the famous 'Sign Da Ting' song which confronted this: "

​His best moment during his time as the lead striker came against ​Aston Villa in 2015. The game itself was a procession by the end as Arsenal won 4-0, but Walcott kicked the game off with a smart finish with his wrong foot.

It's not a memorable as his finish against Manchester City or his hat-trick against Newcastle, but a goal in a winning effort during a FA Cup final is nothing to sneer at. Theo's Arsenal career came to an end after 12 years and 275 Premier League appearances. ​He reached the next stage of his career by joining Everton in January 2018.

Walcott has continued with a similar output of goals and assists on Merseyside, suggesting that the player reached his maximum potential in London. Theo actually made the most appearances he's managed so far in his career during last year's Premier League season with 37.