5 of the Funniest Red Cards in Modern Football

​After Norwich played Bournemouth in the Premier League last weekend, the main talking point was Steve Cook getting sent off for the Cherries, with what was a stunning one-handed diving save to prevent the ball from going into the net. Unfortunately for him, he's not a goalkeeper.

This strange but extremely amusing red card raised the question: what other hilarious red cards have we seen in football? Surely there must be some really great incidents throughout the years.

Well, look no further, as 90min have the answers and provide you a list of some of the very best red cards ever seen. 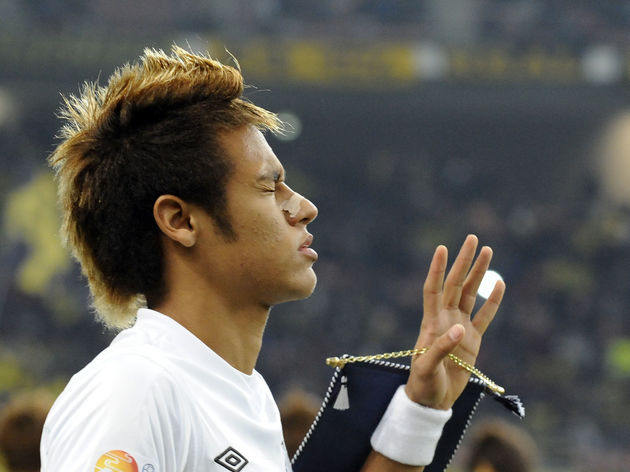 ​Neymar has solidified himself as one of the world's best players, but before he became the superstar he is today, he had to deal with a number of hurdles. Injuries, World Cup heartbreak and, um, strange red cards.

The Brazilian had just scored to make it 3-0 to his side Santos, before proceeding to pick up a mask a fan had thrown to him. The mask was simply Neymar's face, and he decided to don it to be funny.

However, the referee had other ideas, and decided to give the now-PSG star a second yellow for... wearing a mask. Ah, yes. We all remember this one.

​Arsenal took on ​Chelsea at Stamford Bridge in the Premier League, and Eden Hazard was causing problems for the Gunners defence. The Belgian had a great chance to score, as his shot whistled towards the far post. It had beaten the keeper, but apparently not ​Alex Oxlade-Chamberlain, who brushed the ball behind with his hand.

The left-back looked speechless, as Oxlade-Chamberlain revealed to the referee that it was actually him who denied the ball.

He didn't care, and Gibbs was given his marching order for a crime he did not commit. 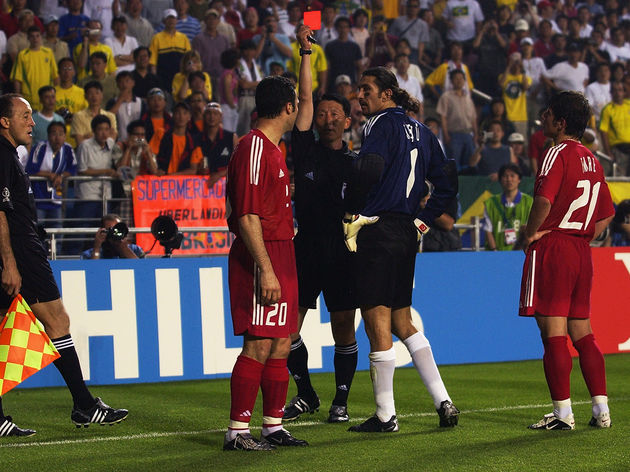 There are a number of adjectives to describe what happened here. Funny. Shameful. Disgraceful.

Turkey qualified for the World Cup in 2002 for the first time in 40 years, and even had a pretty decent team. They faced Brazil in the first game of the group stages, and it's fair to say that there was controversy galore.

The referee, Kim Young-Joo, wasn't having the best of games, and had awarded a controversial late penalty to Brazil as well as red card to a Turkey player. With Brazil 2-1 up, they then decided to play football at an utterly snail's pace, and were time wasting in a manner that we have never seen before.

Hakan Unsal was rightly frustrated, and so kicked the ball with towards Rivaldo who was wasting time before taking a corner. It bounced off the Brazilian's shin, and I can guarantee you he didn't feel an ounce of pain. However, he laughably grabbed his face and fell over screaming in pain.

It was a truly disgraceful but somewhat humorous moment, and Unsal was then sent off. Rivaldo was fined after the game for his actions, but the damage was done, and Brazil would go on to win the tournament.

VIDEO: Watch a lower league Italian player score, headbutt a dugout in celebration & get sent off. It's brilliant. http://t.co/L3f1fLMo6D

I don't know who this man is. I don't know his name. But this Italian footballer has instant legendary status for what he did here.

In the lower leagues of Italian football, 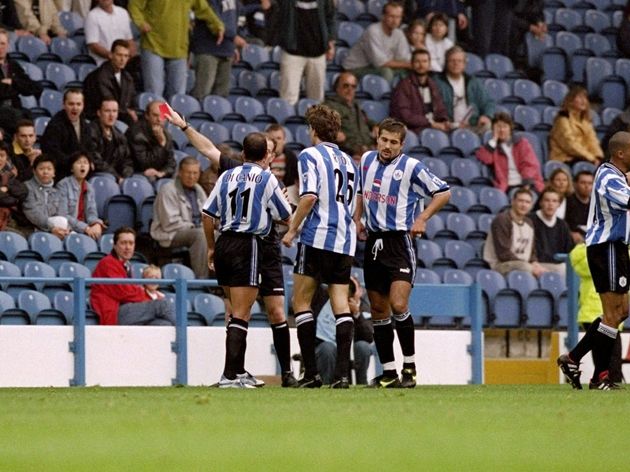